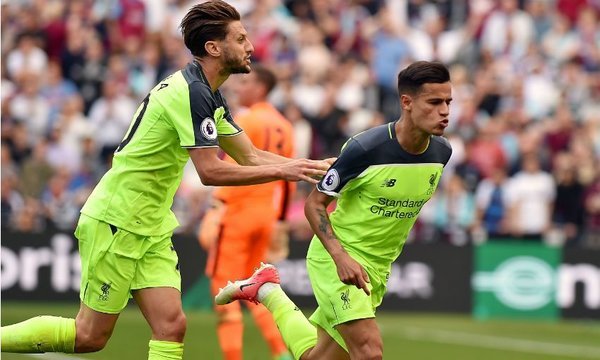 Teeing up Daniel Sturridge for the opener with a highlight reel worthy through-ball before going on to bag a second half brace, Liverpool attacker Philippe Coutinho was the undisputed star of the show as the Reds thrashed West Ham United at the London Stadium yesterday — another shining example of why Barcelona are interested in his services.

“Barcelona is one of the best teams in the world. So far, nothing has come to me because, if anything comes, it comes to my manager,” said Coutinho, speaking to ESPN Brazil. “What I have to do is focus on the pitch,” explained the Liverpool talisman, quickly switching the focus away from Catalonia and back to Merseyside. “I have a contract with Liverpool, there are a lot of chances for us to be in the Champions League next year.”

If the Reds can navigate their way past already relegated Middlesbrough FC next Sunday, they’ve a spot in Europe’s elite club compeition secured — the bare minimum that Jurgen Klopp’s side were hoping to achieve this season. Regardless, a return to the continent will be a major boon to their cause on a number of fronts and will help the club not only recruit the kind of players that the German wants to bolster a real challenge next season, it’ll also help them retain their best. Although he’s signed a new long term contract and continually asserted his commitment to the cause, the lure of a club like Barcelona can’t be underestimated.

“What I have to do is focus on football and those things are resolved by the business people,” said Coutinho, once again pushing the rumours off to the side. “I’m happy to know that a great club has an interest, it’s cool, for the recognition of their work. What I have to do is keep working hard,” added the Brazilian before doubling down on his love for the Reds. “Liverpool is a great club and we have to put Liverpool back in the Champions League.”