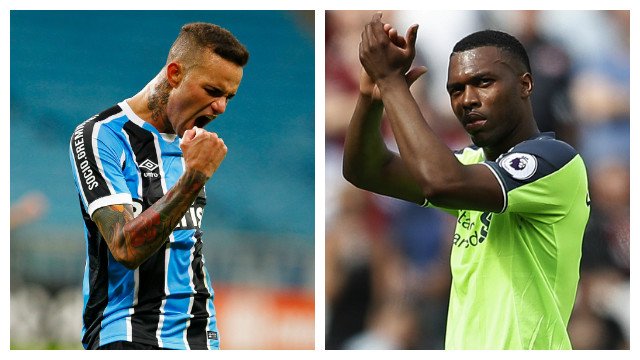 While Liverpool were busy smacking four goals past West Ham United when they visited the London Stadium for the first time, the press were ratcheting up rumours that the Reds were on the verge of sealing a £26mil move for Gremio attacker Luan — a deal the South American club apparently know absolutely nothing about.

“Luan is a player who said he would have proposals but so far none have come, except for one about three years ago when he was on a different level,” said club president Romildo Bolzan, confirming that the 24-year-old isn’t Merseyside bound quite yet. “We have no approach, no official proposal (from Liverpool),” added the Gremio supremo, pushing the rumours off to one side. “We have absolutely no concrete proposal.”

Although his agent Jair Peixoto confirmed that they “do talk to Liverpool” before echoing Bolzan’s assertions that there’s “no proposal” let alone an actual deal, there’s nothing concrete at this time to link Liverpool with a move for the man dubbed “the new Ronaldinho”. Set to spend big this summer, the Reds will almost certainly wait to see if they qualify for the Champions League — which they can do with a win over Middlesbrough FC next Sunday — before making any hard move for a transfer target. And, of course, the same can be said about them making any decisions about letting a player go with the future of Reds striker Daniel Sturridge a hot topic of conversation after he scored the opener against the Hammers.

“The manager has shown faith in me and we have a good relationship as well,” said the 27-year old, speaking to the press following the trip to London. “The fans have been different class. I don’t have any worries about next season,” added Sturridge, playing down reports of an eventual move away from Anfield. “I am looking forward to this last game. We need the three points of course and then we’ll be in the Champions League.”