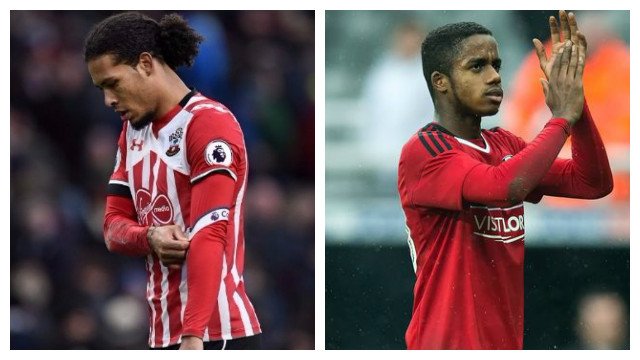 Although Liverpool’s Champions League fate won’t be decided until they square off with Middlesbrough FC at Anfield on Sunday, preparations started long ago to make changes to the squad this summer. While the logistics of that obviously depend on what level of European competition they’ll be playing in, a number of key transfer targets have already been identified and Southampton defender Virgil Van Dijk is apparently on the top of that list.

“We will decide if anybody goes and we will decide who comes in, in the best interests of the club. We do not need to sell any player for the first time since I’ve been here. I can make that statement and – unless football decides it’s in the best interests – we don’t need to do that,” said Saints chairman Ralph Krueger when asked if the club could be forced to part with their best players. “I think that we’re moving into a new era at Southampton Football Club after three-and-a-half years of building this foundation of depth, where we have more than 25 players that can play a Premier League game,” added the Southampton man before confirming that they’re in the position to turn down a big money bid for the Dutchman. “Can we? Yes. The big thing is here again I want to underline the strategy, less the detail.”

Liverpool’s defensive shortcomings have been a major talking point throughout the campaign — a matter the club will look to address in the summer. Although they’ll be hanging on to the much maligned Dejan Lovren after the Croatian signed a new long-term deal, it’s a well known fact that they’ll be looking to draft in a top class centre-back to both provide competition and cover for him. Moving across the back-line, they’re also looking for a new left-back and though a number of options are available, Fulham youngster Ryan Sessegnon is being touted as the prefered option, but much like Van Dijk, his club isn’t at all keen on seeing him leave.

“I expect our best players are going to stay with us – this is the information I have from the board. We are talking about our most important players – they are going to stay with us”, said Fulham manager Slavisa Jokanovic, speaking with Get West London. “Next season will be complicated,” added the Serbian manager, knowing full well that missing out on promotion to the Premier League means that players like Sessegnon could easily jump ship. “We’ll push to be promoted. We must be clever in the period in front of us.”