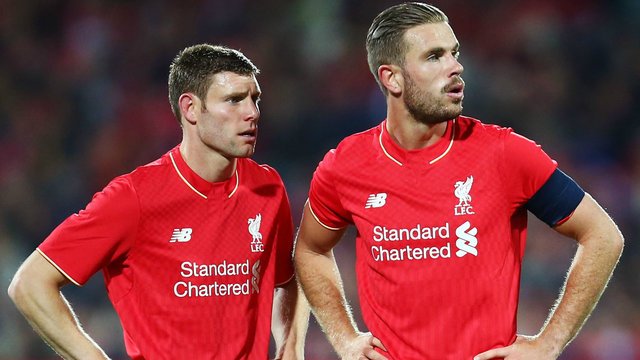 With the race for a spot in the top four coming down to the final day, securing Champions League football was a massive coup for Liverpool, but on the back of another campaign in which the Reds failed to lift a trophy, both players and supporters alike will be looking for more next time around.

“It is a good end to the season. Getting top four is a good achievement and the right step in our development, definitely. It’s a step forward and I feel as though we’re going in the right direction,” explained club captain Jordan Henderson. “But, at the same time, we’ve still got a lot to improve on and we want more. We want to keep winning. We want silverware. And we want to be the best team,” stressed the 26-year old. “It’s a good step but it’s not finished yet.”

Seeing their title charge peter out following the turn of the year, Liverpool were eliminated from both the League Cup and the FA Cup in quick-fire succession to ensure they’d end another season without silverware. With a rash of injuries upsetting their flow and giving the boss some headaches, the lay-off in matches certainly helped them on their way to sealing a spot in Europe’s number one club competition — but, with that being said, trophies is what this club is about and that’s exactly what the players and the fans want.

“It is not easy to be in the Champions League – think of the teams who are not in it now. It’s alright saying you should be in it, get in the top four, but there are a lot of quality teams fighting for it and in and around it and we have managed to achieve that,” said Reds vice-captain James Milner. “Last year we came close (to a trophy) but couldn’t get over the line. But playing in those sort of occasions and in those big games is important. It’s exciting times for the football club and that is something I wanted to be part of when I came here,” added the veteran utility man. “Hopefully now we can stick a few trophies in the cabinet. That is the next step.”