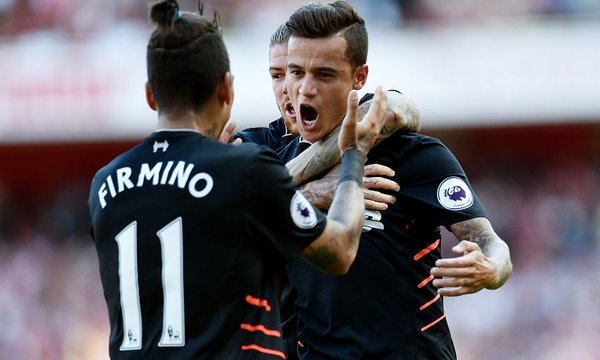 When you manage a National team you don’t have to worry about the bother that comes along with club football and the transfer window, leaving you pretty much open to say whatever you’d like, whenever you’d like without worrying about the ramifications of your actions — just ask Brazil boss Tite about Barcelona’s interest in Liverpool attacker Philippe Coutinho and he’ll fuel the fire by telling you exactly what he thinks.

“It absolutely makes sense for me that Barcelona are after him. I do not want to be pretentious about Barcelona, but who would not want a player like Coutinho, with his magic, his ability to invent and create, to change the rhythm and to build play?,” said the Selecao supremo, speaking to Sport. “We are obviously talking about a hypothetical situation, but Barcelona have Sergio Busquets sitting deep and two midfielders in front of him. Ivan Rakitic and Andres Iniesta are the thinking men in the Barcelona team,” mused Tite, showing just how highly he rates the Reds forward. “Coutinho could play in that role. He is an ideal player for Barcelona.”

With the ink still drying on a long term and rather lucrative contract, neither the player himself nor the club have given any indication that a move to Catalonia is on the cards, but it wouldn’t be the first time a Liverpool player re-upped their contract only to vacate the premises a few months later. With a spot in the Champions League qualifiers secured, top-flight European football is on the cusp of returning to Anfield this season and according to Coutinho he wants to be here to experience it.

“Stay here and they will end up building a statue in your honour,” said the 24-year old, speaking frankly with ESPN Brasil following the win over Middlesbrough in the final game of the season. “Go somewhere else, to Barcelona, to Bayern Munich, to Real Madrid, and you will be just another player,” continued the Liverpool attacker, reminding the world that there’s something special on Merseyside. “Here you can be something more.”