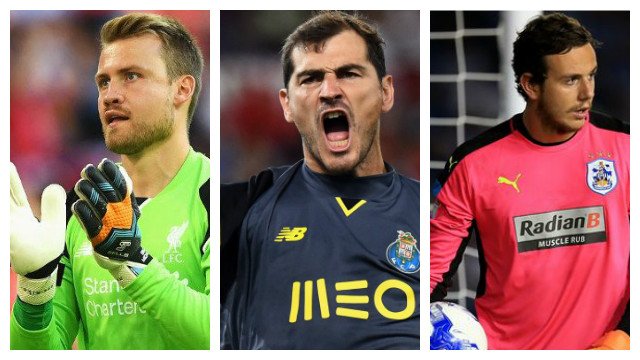 Although he was back to his best during the closing stages of the season, Liverpool ‘keeper Simon Mignolet still faces an uncertain future at Anfield with his penchant for mistakes and all around inconsistencies seeing the Reds linked with a number of replacements for the Belgian — the latest being FC Porto man and Real Madrid legend Iker Casillas.

“Listen, I’ve never had hatred for someone if they have taken my place. You can’t keep hatred inside yourself if you are fighting for something,” explained Mignolet, giving a rather frank interview with the Liverpool ECHO. “As a goalkeeper, you are on your own and even now, after a solid season, the rumours are starting again with Casillas,” added the former Sunderland man. “I’m 29 now. I know what happens when you are the Liverpool goalkeeper. Whether you have good performances, s*** performances, the scrutiny is always there. Always.”

While the club have apparently distanced themselves from the stories linking them with the Spaniard, that doesn’t mean they’re not keeping their eyes open for a good opportunity. Now, for the time being, Liverpool boss Jurgen Klopp seems content with the options he has at his disposal, but promotion chasing Huddersfield Town will apparently look to keep on-loan Reds shot-stopper Danny Ward for at least another season — if not sign him permanently. The German manager is close friends with Terriers boss David Wagner and that relationship could see the Welshman spend some more time at Kirklees Stadium whether they’re promoted or not.

“I loved watching the game, I was nervous like hell, watching as a supporter,” said Klopp after the youngsters penalty shoot-out heroics saw Huddersfield squeak past Sheffield Wednesday in their Play-off Semi-final. “His very confident manner helped him a lot, he saved their life! I was really happy for him,” added the Reds boss before taking the coy approach when asked whether or not he’ll be back with the squad for the coming campaign. “Outstanding performance, wonderful season. Big step for him, [but] I don’t make decisions now.”