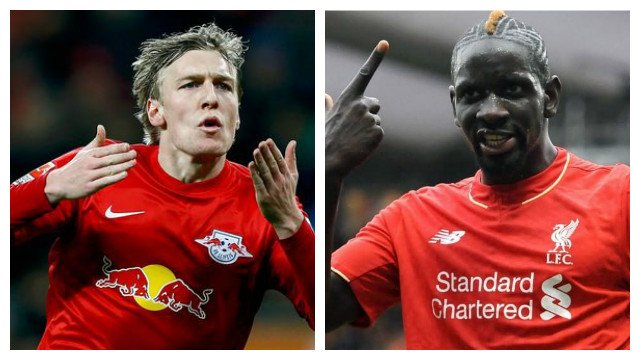 While it looks like Liverpool misfit Mamadou Sakho has made his intentions known by staying with adopted club Crystal Palace rather than return to Merseyside to continue his rehabilitation from a serious knee injury, the Eagles look to be backing off their interest in the 27-year old as the Reds hold out for somewhere in the region of £30mil for the French defender — a fee that appears to be beyond the means of the Croydon club.

“I think that is going to be a very difficult one for us to do,” said Palace chairman Steve Parish, speaking to American satelite radio station SiriusXM FC. “I think Liverpool want a big number for him,” continued the Eagles part-owner. “That is a tough one to make happen on a permanent basis. We need to look at the budgets and be realistic.”

Liverpool have long been linked with a move for highly coveted Southampton man Virgil van Dijk and would almost certainly re-invest anything received from the sale of Sakho in to bringing the Dutchman to Anfield — if and when they’re finally able to part ways with him. Defense isn’t the only position they’ll be looking to strengthen over the off season and though most of the talk at the moment is revolving around the likes of AS Roma attacker Mohamed Salah and RB Leipzig midfielder Naby Keita, it could very well be the Guinean’s teammate in Emil Forsberg that ends up making the move to Merseyside’s midfield. The Reds are known to be keeping tabs on the talented Swede with his mind blowing tally of 19-assists for the Bundesliga runners-up putting him on the radar of a number of Europe’s top clubs. Although Leipzig are insisting they won’t be letting anyone from their first team leave, Forsberg’s people apparently haven’t got the memo.

“I will not comment on the clubs involved. There are big clubs who are very interested in Emil,” his agent Hasan Cetinkaya told Sweedish media outlet Aftonbladet. “He has made history in Germany. Of course, you know RB want to keep Emil, you need to constantly make sure to make Emil satisfied. He has paid back the club ten-fold,” he added, before going on to suggest a move away from Saxony could be in his immediate future. “Maybe it’s time to test himself at a big club.”

2 thoughts on “Palace Backing Off Sakho Interest, Forsberg Not Ruling Out Leipzig Exit”