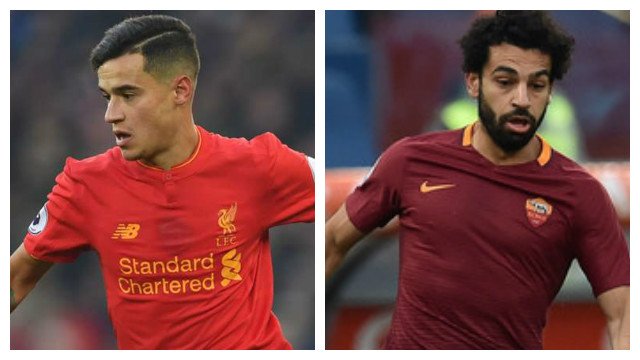 Speculation over the future of Liverpool talisman Philippe Coutinho looks set to continue throughout the summer with the Catalonian giants Barcelona reportedly holding a standing interest in taking the 25-year old to the Camp Nou this summer despite both club and player stressing that he’s not going anywhere.

“Talking about this is complicated,” said Coutinho, speaking to the press in Australia where he is currently on international duty with Brazil. “I have a contract with my club and it is long,” continued the Reds attacker, repeating the same talking points for the umpteenth time. “So my focus is on the present and the national team,” added the 25-year old, brushing away any more transfer talk. “My focus is here.”

While that’s certainly not the last we’ll hear about Coutinho and sunny Catalonia, another Liverpool transfer saga looks to be coming to a head with the club reportedly agreeing to a fee of £30.9mil for AS Roma winger Mohamed Salah after having an initial bid of £28mil rejected by the Serie A outfit. Facing a sanction under UEFA’s Financial Fair Play rules, the Italian’s must make sure their books are in order by the end of the month or risk the wrath of Europe’s governing body — a major contributing factor in their willingness to compromise with the Reds.

It was initially reported that the Giallorossi were looking for somewhere between £36mil – £40mil for the former Chelsea winger, but Liverpool balked at that price and instead started looking at other options with Sporting Lisbon ace Gelson Martins sounded out as a potential alternative to Salah. With terms already hashed out between player and club and a healthy pay packet of £90,000k per week waiting for him, the Egyptian is reportedly keen to finalize the move as soon as possible — and after a disastrous week that saw the Reds drop their interest and issue a humbling apology over their pursuit of Southampton defender Virgil van Dijk, the club could sure could use a win.