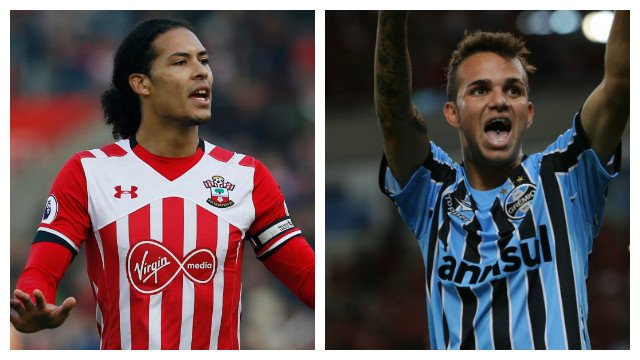 While the big bit of transfer tattle around Liverpool today will be AS Roma winger Mohamed Salah’s impending medical ahead of a big money move to the Reds, there’s also been talk of the Anfield outfit reviving their interest in Southampton defender Virgil van Dijk after initially backing off and apologizing for their conduct relating to the pursuit for the Saints captain.

“Tapping up goes on all the time in the game and even if Liverpool went a bit far in their pursuit of Van Dijk before they spoke to Southampton, I don’t believe this transfer story is dead in the water,” said Liverpool legend John Aldridge, speaking to Sunday World. “Van Dijk needs to make the next move and I reckon he will tell Southampton that he wants out and he wants to go to Liverpool,” added the former Reds striker, going on to make a bold prediction. “Players and their agents hold all the power these days and if he says he won’t kick another ball for Southampton and demands a move, it will happen.”

While the Saints have made it clear time and again that they’re not willing to part ways with Van Dijk, Brazilian club Gremio seem to be in the complete opposite frame of mind when it comes to rumoured Reds target Luan. One of the hottest players in the South America, the 24-year old looks primed for a jump to the big leagues and his club appear to be resigned to losing him this summer.

“In my opinion, Luan is the best player in Brazilian football. He has been playing great football, helping the team,” said Gremio boss Renato Gaucho. “We all know that Gremio will struggle to keep him because the proposals will appear. We hope he does not go, but it gets difficult with the [transfer] window and with him playing as he has been playing,” added the Brazilian manager. “For my part the club would never interfere in a way that holds back the player. Unfortunately nowadays the Brazilian clubs cannot compete with [those in] Europe.”