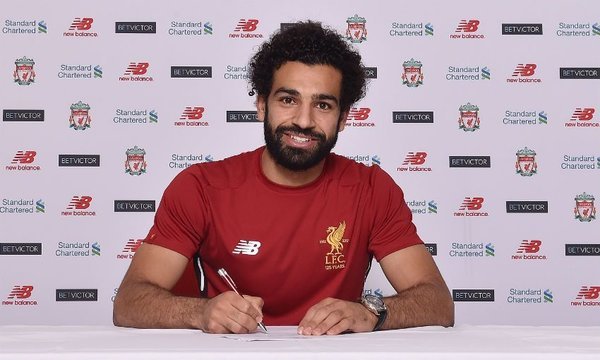 After finally coming to terms with AS Roma over the transfer of highly rated winger Mohamed Salah earlier in the week, the medical was a mere formality as the Egyptian finally completed his much protracted move to Anfield.

The winger, of course, almost ended up joining Liverpool three years ago, but took a bit of a detour en-route to Merseyside. An unsuccessful spell at Chelsea saw him underutilized by then boss Jose Mourinho before a loan stint in Italy the following summer with AFC Fiorentina revived his fortunes enough to see Roma come calling the following year — a stroke of genius by the Giallorossi. Going on to score 29-goals in just under 70-appearances, Salah terrorized defences in Serie A and helped the team from the capital finish runners-up to all-conquering Juventus last season.

“His pace is incredible, he gives us more attacking threat and we are already strong in this area. I like that we will make it even more competitive,” explained Reds boss Jurgen Klopp. “Most important though, for us, is that he is hungry, willing and eager to be even better and improve further. He believes in what we are trying to do here at Liverpool and is extremely keen to be part of it. He is very excited about performing for our wonderful supporters,” added the German. “He is an ambitious player who wants to win and win at the highest level; he knows he can fulfil those ambitions with Liverpool.”