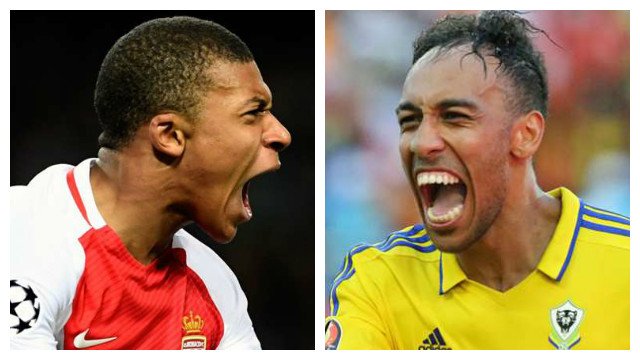 Although it still seems a bit too far fetched to even bother talking about, Liverpool continue to be linked with AS Monaco wonder-kid Kylian Mbappe with rumours of the Reds tabling a mind boggling £88mil bid and the French club ultimately rejecting it the latest bit of transfer tattle.

While this all sounds like the product of an overactive imagination, it’s not only dime a day hacks that a peddling this news with Paul Joyce from the Times suggesting that the Anfield outfit would be “prepared to lead the bidding” for the talented Frenchman if they “receive any encouragement from the France striker” regarding his future being in Premier League. Of course, that’s unlikely to happen with Champions League winners and all-around talent vacuums Real Madrid favorites for his signature, but apparent concerns over a lack of playing time at the Santiago Bernabéu could have the 18-year old considering his options.

Or, you know, he could just stay put — much like another supposed Liverpool target in Pierre-Emerick Aubameyang. After seeing a move to French juggernauts Paris Saint-Germain go up in smoke, the Gabon international has been stuck in limbo with a whole host of clubs interested, but not a one stumping up with a concrete offer. Keen to make their position known, Borussia Dortmund have confirmed that they’ll listen to offers for the 28-year old, but made it clear that the Bundesliga Golden Boot winner won’t be leaving on the cheap.

“We listen to other clubs when they are prepared to express their high appreciation [for Auba] in a financial way,” said chief executive Hans-Joachim Watzke, speaking to German media outlet SportBild. “If an official bid were to reach more than €70m, the price given by BVB, it would have to be considered,” added the Dortmund man, throwing down the gauntlet and challenging suitors to open up their wallets before declaring emphatically, “This has not happened so far.”