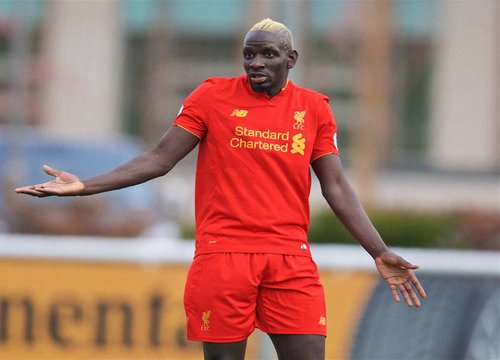 Mamadou Sakho’s future at Liverpool Football Club is still undetermined as the Frenchman returns to Melwood this week from his short-loan spell with Crystal Palace. With Jurgen Klopp’s pursuit of Southampton’s Virgil van Dijk in the dark, could the German consider Sakho, in an attempt to resolve Liverpool’s defensive problems?

Mamadou Sakho spent the first half of last campaign playing his football with Liverpool’s Under-23s squad, after falling out of favour with Jürgen Klopp. The 27-year-old made a number of appearances for Michael Beale’s under-23s side, following a return from injury. However, in January, the French international made the switch to Selhurst Park. Sakho made just 8 appearances for the Eagles and proved to be a pivotal player as Palace won 5 of their last 8 league games. For his impressive form, Sakho was nominated for Crystal Palace ‘Fans Player of the Season’.

Mamadou Sakho signed for Liverpool back in 2013/14 by former manager Brendan Rodgers from PSG. The then, 24-year-old, was part of Liverpool’s most recent title challenge, playing a part in a 2nd place finish, narrowly missing out on a league title. In his first season, the former Paris Saint Germain defender made 18 appearances for the Reds. However, was part of a defence that leaked 50 goals throughout the campaign.
Since the appointment of Jürgen Klopp, Sakho was a key starter for the Reds that seen an impressive run to the League Cup final and the Europa League final, and was amongst the scorers in one of Liverpool’s greatest European nights, against Borussia Dortmund. Following a 4-0 victory over Everton at Anfield, Sakho was banned for the use of fat burners forcing him to miss the Europa League final against Seville and the remainder of the 15/16 season. The charges were belatedly dropped by UEFA last summer.

However, during Klopp’s first full season with Liverpool, Mamadou Sakho proved to be a handful for the former Borussia Dortmund manager. During last pre-season on a trip to the United States of America, Sakho was sent back home by Klopp for showing a ‘lack of respect’ by missing the teams flight to the states, being late for a meal and missing a training session.

Since the retirement of club Legend Jamie Carragher, Liverpool have failed to secure another centre-back in the same mould as Carragher, resulting in a real instability at the back. The 50-year-old is now seeking to resolve the issue this summer after looking at Southampton’s Virgil van Dijk. After being reported to the FA by the Saints for attempting to ‘tap up’ the Dutchman, the Reds have since publicly announced and apology to Southampton.

With it seemingly unlikely that a transfer for the former Celtic centre-back will go ahead, Klopp must look elsewhere in the market, though there has been no solid interest in any other central defender this summer. Newly appointed Crystal Palace manager Frank de Boer has also ruled out a move for Sakho leaving the 27-year-old in a place of ambiguity over his future.

Could Klopp give the returning Frenchman a second chance?

It may seem however, almost impossible for Jürgen Klopp to persist with Sakho. Despite being part of a Liverpool team that put up a real title challenge, there is no question he has the capabilities to feature regularly this season for the Reds. However, there is still the risk that he could be a hindrance to the squad and Klopp if he should remain at Anfield.