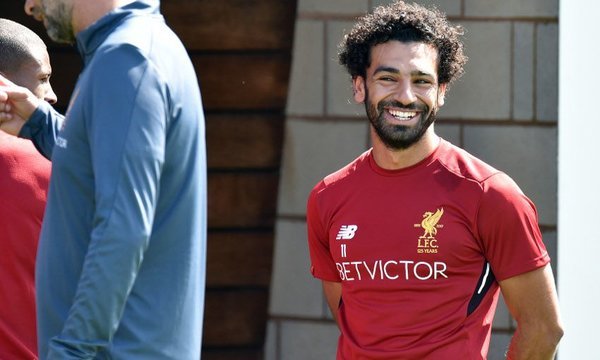 After returning to training at Melwood last week, Liverpool are set to get their pre-season friendlies underway tomorrow with a quick trip to Prenton Park as they square up with National League side Tranmere Rovers, but Reds supporters are going to have to wait to see record signing Mohamed Salah in action with the Egyptian’s debut delayed due to work permit issues.

“Mo Salah is here in training but cannot play because of the rules, so that’s what we have to accept,” explained Liverpool manager Jurgen Klopp, speaking to the club’s official website. “We will try to get the working permission or the visa, I’m not sure what it is we need to get but we have to go to Paris and leave him there for a day or two and then he’ll come back,” continued the German. “We are hopeful he can play soon.”

Salah, who made the move from Italian side AS Roma last month for a fee that could rise as high as £43mil, is yet to secure the necessary paperwork to play for the Reds, but there are no issues expected and the club expects that he’ll receive it during the course of their pre-season preparations. The 25-year old features regularly for Egypt on the international stage and was one of the stand-out players at the Africa Cup of Nations last winter.

The Egyptian winger won’t be the only one sitting on the sidelines with Philippe Coutinho and Adam Lallana also set to miss out. The duo, who only just returned to Melwood for pre-season training after being afforded some extra time off following their commitments to their respective countries, still need to get themselves up to speed and will play no part at Prenton Park.