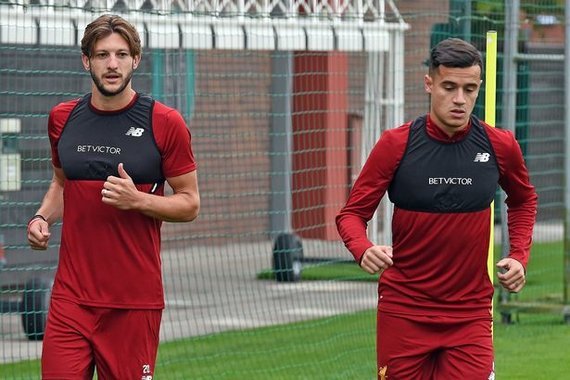 Rumour has it that French behemoths Paris Saint-Germain are eying Liverpool talisman Philippe Coutinho and are interested in taking the Brazilian magician to the City of Lights, but the Reds have no interest in parting ways with the 25-year old and the player himself remains insistent that Anfield is exactly where he wants to be.

“I am very happy to be back here and I am ready to start pre-season,” said Coutinho after returning to training at Melwood yesterday. “I had a very good summer with my family and friends in Brazil and had enough time to rest and enjoy it. To be honest, it was not that hot there – but still a little bit warmer than here!,” joked the Brazilian. “It was nice to come back in and see my team-mates. I’m not training with them yet, but soon I will be back with them and I’m looking forward to that.”

Despite near constant speculation, neither club nor player has wavered; ongoing interest from Spanish giants Barcelona has got a lot of people talking about the 25-year old making the move to the Camp Nou, but Coutinho has remained focused and committed to Liverpool. Having put pen to paper on a brand new deal earlier in the year, the Reds hierarchy have shown that their not messing around with his future — putting real actions behind their words. Although he’ll be watching from the sidelines when the club take on Tranmere Rovers this evening and Wigan Athletic later in the week, Coutinho should be ready to hit the pitch when Liverpool travel to Hong Kong for the Premier League Asia Trophy.

“Every day I try to improve and I hope this season I can do even better than last season. I am always aiming to improve,” stressed the Brazilian. “It was a good season. Of course, we wanted to win something, but we are ready here to start again to do everything to have a better season,” added Coutinho, looking to do more despite finishing as Liverpool’s top scorer last season. “Everyone has big confidence and this is the key for the players. I am confident, I think everyone is.”