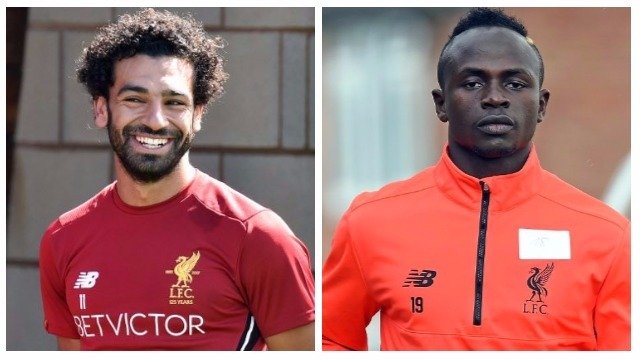 After being denied his Liverpool debut against Tranmere Rovers earlier in the week due to a work permit hiccup, Reds winger Mohamed Salah has been cleared to make his bow for the Anfield outfit when they line-up against League One side Wigan Athletic in their second pre-season friendly of what’s shaping up to be a busy summer.

“Due to standard immigration procedure, Salah needed to leave the United Kingdom and return again before he could play for his new club,” read a statement on the club’s official website. “That process has now been completed, meaning the 25-year-old is available for selection to Jurgen Klopp after missing Wednesday’s 4-0 pre-season friendly win over Tranmere Rovers.”

While the Egyptian is almost certain to play some part and inject a whole lot of speed into the side at the DW Stadium, another pacey individual will still be on the sidelines on Friday night with Liverpool winger Sadio Mane still not fit enough to link up with the rest of the squad. The Senegalese attacker, who underwent a successful knee surgery in the spring, has returned to training, but is still a ways off from being match ready. After the showdown with Wigan, the Reds will travel to Hong Kong to take part in the Premier League Asia Trophy, but Mane will remain on Merseyside as they keep one eye on their all important Champions League qualifier.

“He is really, really good. He is close; he is closing on coming back to team training,” said Liverpool boss Jurgen Klopp, giving an update on the winger’s fitness. “In this moment, we think it will be when we are in Asia, so then it makes no sense to take him to Asia because he needs to then do the first steps in kind of team training,” added the German manager. “There is no risk with him because he is a naturally fit boy and in the moment when he can start to be a real part of the sessions, he will then immediately be fit again. We have not all the time in the world, but we have time and we will use it.”