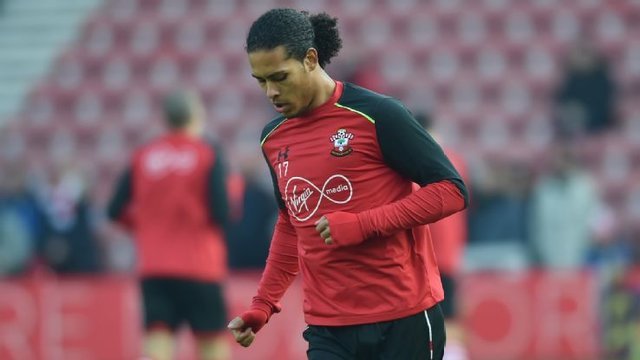 Never one to be boxed in to a corner, Liverpool boss Jurgen Klopp expertly swerved questions about Southampton defender Virgil van Dijk after LiverpoolTV tried to get a scoop on the Reds failed move for the Saints captain.

“Am I allowed to talk about this? I am not!” said the German manager with a laugh. “Pretty much everything I could say would be a mistake. You or your colleagues wrote everything about this a few weeks ago,” continued the Reds boss, throwing a sharp jab. “I was in Iceland by the way when somebody told me this was in the newspaper,” added Klopp, cementing his innocence. “Nothing happened since then, all good so far, so I can’t say anything about this.”

Far too smart to play that old game, the Liverpool manager said everything while saying nothing at all, but that hasn’t quited talk of the Anfield outfit reigniting their interest in the Dutchman. Van Dijk, for his part, has maintained radio silence since the Reds issued a formal apology en-route to being cleared of a tapping up charge by the Premier League over their alleged “illegal pursuit” of the highly rated defender. With that being said, it’s a long summer and Liverpool could still make an official move for the 26-year old.

And, if they don’t, Klopp could already have a partner for Joel Matip and competition for Dejan Lovren already in his ranks with Mamadou Sakho returning to Melwood for pre-season training. Although the Frenchman is still recovering from a season ending knee injury he suffered while on loan with Crystal Palace, the 27-year old impressed for the Eagles in the closing stages of the campaign as the Croydon club narrowly avoided relegation. “First of all he needs to get 100% fit and then we will see,” said Klopp when asked about Sakho’s future, wavering from the hard-line stance that saw the fan favorite defender frozen out the first team squad following a falling out with the German manager.