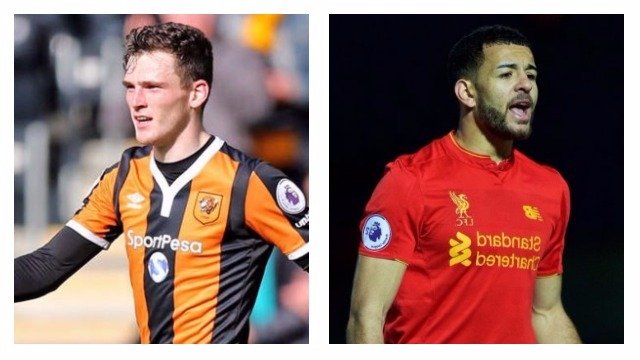 Liverpool are on course to sign Hull City fullback Andy Robertson in a deal worth £10mil with the Scottish defender set to become Reds boss Jurgen Klopp’s third signing of the summer.

In the 23-year old the German will be plugging a massive gap on their flank with veteran utility man James Milner playing the majority of Liverpool’s matches as a fullback during the previous campaign. Robertson’s arrival should trigger the exit of misfit defender Alberto Moreno with a number of clubs interested in the Spaniard’s services. Booked in for a medical at Melwood on Thursday, the Scottish international is set to hook up with the squad after they return from the Premier League Asia Trophy tournament in Hong Kong. With a pre-season trip to Germany just over the horizon and a crucial Champions League qualifier coming up quick, the Reds will be hoping to get Robertson bedded in to the side as quickly as humanly possible.

And, moving the other way, will be Liverpool midfielder Kevin Stewart with a £8mil fee reportedly agreed between the two clubs. In a familiar story, the 23-year old flew home from the Reds pre-season stint in Asia to hash out terms with Hull City. Despite featuring regularly under Klopp and putting pen to paper on a new deal, the hardworking midfielder would find his opportunities severely limited at Anfield this season even though they’ll potentially have a European campaign to navigate.

If there’s one place Liverpool are strong, it’s in the middle of the park with the likes of club captain Jordan Henderson, Dutch international Georginio Wijnaldum, up and comer Emre Can and Klopp favorite Adam Lallana all vying for spots. Add the pursuit of highly coveted RB Leipzig midfielder Naby Keita to the mix and it only makes sense for both the player and the club itself to move him on.

More on both of these stories as they develop…