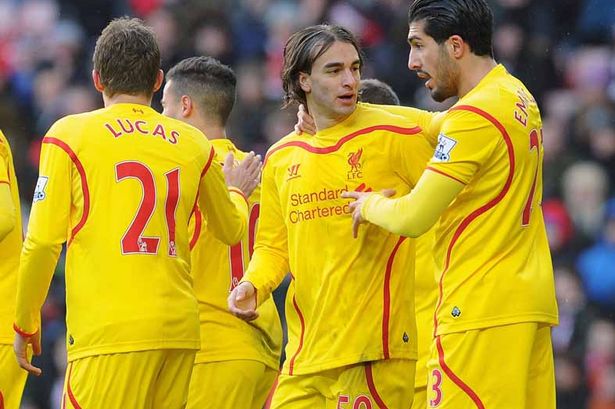 Despite having some impressive moments while spending the second half of the season on loan with Hull City, Liverpool winger Lazar Markovic is no longer in the Reds plans for the future with the Serbian’s time at Anfield set to draw to a close this summer as the club looks to shift him out on a permanent deal.

“With Lazar, it’s no secret that if he finds a club then we will negotiate. It was like this last year too,” said Liverpool boss Jurgen Klopp. “He’s a really good player. I like him as a person. He’s now fit and another one who is in the best shape since I’ve known him,” added the German, closing the book quickly on any further questions. “Before he had problems with his groin but now he’s good. There will be a club out there who needs him.”

Watford FC, managed by former Tigers boss Marco Silva, seem keen on taking Markovic in, but they’re going to have to open up their wallet if they want to see the Serbian plying his trade at Vicarage Road next season. Which, of course, is the complete opposite situation for Reds midfielder Emre Can. Linked throughout the summer with a move to Italian juggernauts Juventus, the German has been stalling over a new contract at Anfield, but Klopp is confident that everything will be sorted out in due time.

“You can imagine we’re involved in talks and we all feel good and confident in this moment,” explained the Liverpool manager. “That means they’re not the worst talks but until anything is done or signed there’s nothing to say. Emre is a very important player for us. We don’t want to sell or lose players who are in our first lineup or close to it,” stressed Klopp. “Emre is certainly one of them. We want to keep him and we’re having good talks.”