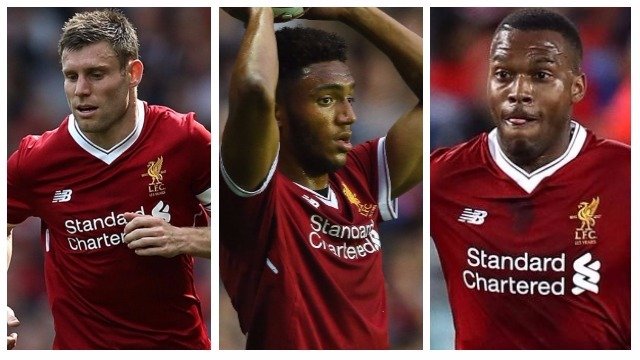 Following up on their 3-0 win over Hertha Berlin on Saturday, Liverpool breezed past Bundesliga champions Bayern Munich to set up a meeting with Spanish side Atletico Madrid in the finale of the Audi Cup later on today. First half goals from Sadio Mane and Mohamed Salah put the visitors in the drivers seat before Daniel Sturridge came off the bench to add the coup de grâce at the Allianz Arena. It was a strong showing from the Reds, but an already tough meeting with Diego Simeone’s Champions League runners-up has been complicated further after the the match winner was withdrawn from action not long before the final whistle as a pre-cautionary measure.

“I think it’s just fatigue to be honest, so I’ll be OK,” said Sturridge, speaking to the club’s official website. “I’m feeling great. I have put in the work, I trained a lot in the summer,” added the English striker. “I’ve not missed many sessions here, they have looked after me. We’ve done triple sessions and I have trained almost every single session.”

Although they’ll be without a bit of firepower up front, Liverpool boss Jurgen Klopp has been given a boost at the other end of the pitch with defensive duo James Milner and Joe Gomez back in contention for the Audi Cup final. Milner, who is yet to feature during the Reds trip to Germany, has been out of action with a quad problem since the club secured the Premier League Asia Trophy with an emphatic win over Leicester City in Hong Kong and Gomez, who has been impressive throughout pre-season, missed out on the meeting with Bayern after picking up a knee strain against Hertha at the weekend.

“It’s not a big injury [for Joe Gomez], he just sprained it a little bit,” said Klopp when asked about the young defender prior to yesterday’s Audi Cup opener. “Not everyone has had their [full] preparations yet so we still have a few problems there, but so far everything is looking good. It’s quite a challenge to see what we can do with these players, it’s a little bit of a puzzle, but we will do our best.”

One thought on “Milner and Gomez in Squad for Atletico Finale, Sturridge Attributes Thigh Injury to Fatigue”