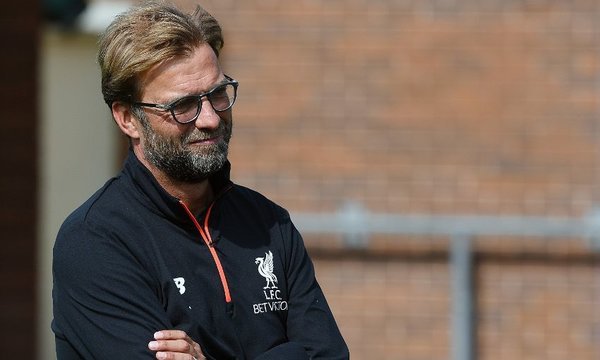 Liverpool boss Jurgen Klopp is set for a return to familiar ground with the Reds paired up against Bundesliga side Hoffenheim in the Play-Off round of the Champions League. Quite possibly the trickiest tie on offer, the German manager was both excited and cautious as he looked ahead to the first leg at the Rhein-Neckar-Arena.

“Very interesting. Actually, it was exactly what I expected when I had a look – if there’s a choice we always seem to take the German team! Sorry!” he told the club’s official website, reacting to the draw. “It was clear from the first moment when we knew who we could face that there would be no easy game. It’s Hoffenheim and that’s for sure not an easy game,” conceded Klopp, always wary. “But we should always not forget what they thought in the moment they saw the draw – it’s not the best thing they could get.”

With the first leg set to take place only three days after Liverpool open their Premier League campaign away to Watford, the Reds manager will have some difficult decisions to make. With Adam Lallana ruled out for the next three months, the extent of Daniel Sturridge’s thigh injury unknown and the future of Philippe Coutinho still up in the air, Klopp will have to juggle the squad to make sure they’re fresh for both.

“I’m completely fine with it, happy to know and now we can start preparing. [They are a] strong side, how everybody can imagine. When you are fourth in Germany you are a strong side,” stressed the Liverpool man. “It’s a very interesting club. They have a lot of really good young players. They lost two of them – [Sebastian] Rudy and [Niklas] Sule to Bayern – and had a little change. [They have] a very young manager, just 30 years old, a very talented man,” added Klopp, full of praise for Hoffenheim boss Julian Nagelsmann. “That’s a real challenge but I’m looking forward to it. First we’ll play Watford but at the same time we’ll start preparing for Hoffenheim and it’s really exciting.”