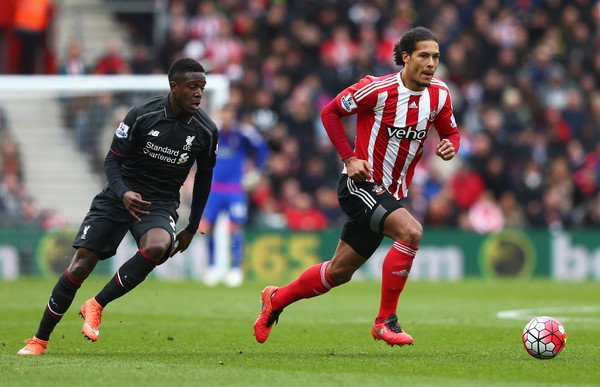 After submitting a transfer request on Monday to try to force through an exit from the South Coast this summer, Southampton captain Virgil van Dijk is still interested in making the move to Liverpool and is apparently waiting for the Anfield outfit to make the Saints and opening offer.

“He goes, it’s an absolute certainty. He won’t play for Southampton again,” said former Reds midfielder Jamie Redknapp. “He has put in a transfer request and I think that probably suits Southampton,” continued the Sky Sports pundit, speculating that Merseyside will be a bigger draw than London for the Dutchman. “But from what I hear Jurgen Klopp is a really big pull for him. He wants to play for Klopp and Liverpool need a centre-back desperately. Chelsea’s need is not as strong and I think he will go to Liverpool.”

The Saints, for their part, are apparently not interested in letting the 26-year join the growing list of names that have made the move to the Reds over the last couple of years. While it’s unlikely that they’ll just leave him on the bench to rot, time to find a replacement is starting to dwindle as we inch closer to the close of the transfer window. With next summer’s World Cup firmly on the mind, Holland boss Dick Advocaat has been keeping a close eye on this situation as it develops and has made his intentions clear should it continue to drag on much longer.

“I am not the kind of boss who is on the phone all the time,” explained the Dutchman. “But I am watching the situation every day. And I will deal with things, if they don’t change,” added the Holland boss, insisting that he needed his best defender fit for when the World Cup rolls around next summer. “We need to put up a major wall against their forwards. We need the best players available. And up till now I have always gone for proven quality.”