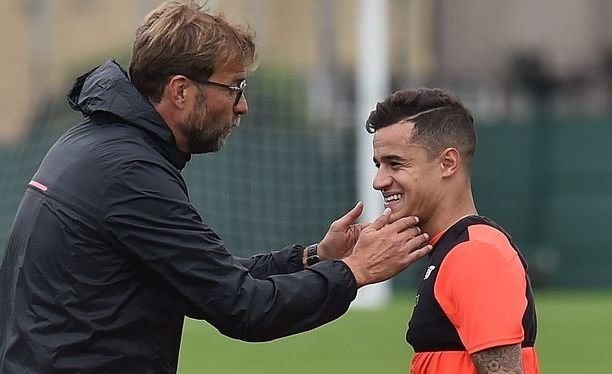 In what had to be a discussion of the most genuinely polite type, Liverpool have reminded Barcelona that Philippe Coutinho is not for sale by shutting down an eye-watering offer of £90mil for the Brazilian attacker.

Having laughed off a low-ball bid of £72mil last month, it comes as little surprise that the Catalonians have stepped up for another round after seeing Neymar move to French billionaires Paris Saint-Germain late last week. Holding true to their word — at least publicly and at least for the time being — the Reds have refused to budge knowing full well that they hold the upper hand in negotiations. Unlike the situation with Luis Suarez and to a lesser extent that of Raheem Sterling, the club have absolutely no reason or desire to do business.

Coutinho, who has given no indication publicly whatsoever that he’s angling for a move to the Nou Camp, put pen to paper on a new five year contract in January knowing full well that it did not contain a release clause.

“The good thing from the Liverpool fans’ point of view is the manager is desperate to keep hold of him and is trying everything to keep hold of him,” said club legend and BT Sport pundit Steven Gerrard. “The owners want him to stay. This is not a situation where Liverpool need money or to cash in. We’re not a selling club so they’re gonna do everything in their power for him to stay,” explained the Reds academy coach. “But at the end of the day it comes down to Philippe Coutinho and his decision and what he’s prepared to do, what type of war he’s prepared to create to get out, because Liverpool won’t make it easy for him.”

Heading in to their first match of the season, the Reds have found it hard going in the transfer market despite securing a spot in the Champions League Play-Off round and having bundles of cash to throw around. While there’s been a number of conflicting reports about whether or not Coutinho will push for a move, Liverpool’s stance over Suarez and Arsenal’s ill-fated attempts to sign the Uruguayan come quickly to mind. This, of course, could play out differently in the end, but if the Brazilian does stay at Anfield, it will almost certainly end up being their most important bit of business this summer.