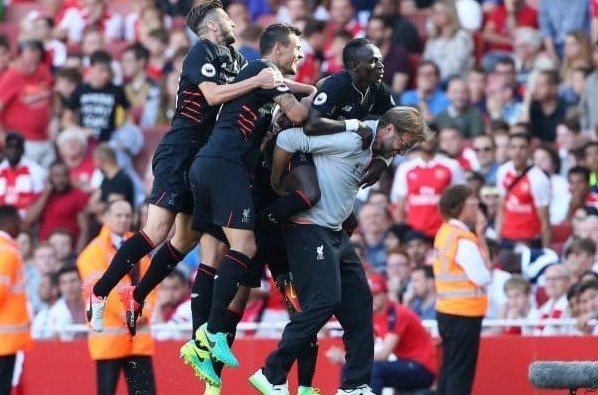 Liverpool may have rejected a massive £90mil bid for talisman Philippe Coutinho yesterday, but former boss Graeme Souness doubts whether his old side will be in the mixer for major honours next season whether they’re able to hang on to the Brazilian or not.

“I think Klopp needs to make sure Liverpool challenge for the Premier League next season,” he told Sky Sports news. “I think that – alongside a run into the latter stages of the Champions League and one of the domestic cups – would be a good season for him,” continued the ex-Reds captain.
“But I can’t see them winning the Champions League or the Premier League, with or without Coutinho,” added the Scotsman. “I don’t think he [Klopp] has made enough signings to challenge in the big two competitions next season.”

Despite drafting in the likes of AS Roma winger Mohamed Salah, Chelsea youngster Dominic Solanke and Hull City fullback Andy Robertson, Liverpool have struggled to make a real impact in the transfer market this summer. Although they may still sign top-target Virgil van Dijk after the Dutchman handed in a transfer request, they’ve thus far been outmaneuvered by Southampton and have seen their frustration multiplied by German side RB Leipzig in their pursuit of star midfielder Naby Keita — though, with just under a month left in the window, both fans and pundits alike are hoping for a change in fortunes.

“All Liverpool fans would have liked to have seen a few more faces added to the Liverpool squad with the Champions League qualifier against Hoffenheim now just over a week away, but there is still the best part of a month of the transfer window to go and I’m sure lots of business will be done between now and deadline day,” said former Reds striker John Aldridge in his column for Sunday World. “If Klopp and the Anfield board can pull a few rabbits out of the transfer hat and sign some top performers, maybe I can upgrade may ambitions beyond just a top-four finish for Liverpool this season,” explained the Irishman. “Yet, as we saw last season, this talented squad that can blow any team away on their day also has some flaws in it and Klopp will need plenty of luck with injuries if he is to have any chance of making a push to win the Premier League or Champions League.