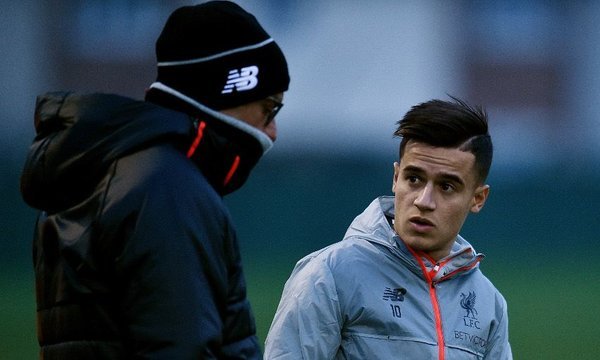 Fresh off rejecting an eye-watering £90mil from Barcelona for Philippe Coutinho, Liverpool have doubled down on their stance that the Brazilian won’t be sold to anyone, for any price and have reiterated the fact that they’re trying to bring in players and not get rid of them.

“Liverpool is not a club that has to sell players. That is set in stone, so what they pay in the end doesn’t matter,” said Reds boss Jurgen Klopp, speaking to Sky Germany. “From a financial standpoint, there is no price limit to let him go. Our goal is to have the best possible team. So we want to keep our guys and add new ones,” added the German manager, hinting at more signings to come. “Today, no player on the planet is untouchable. But a transfer is also a question of timing, and if you have the opportunity and the need to react to such a transfer,” continued the Liverpool manager. “Also you have to ask if you have the time to react. But just because of one request of one club, we don’t have to think about that. We are not in that situation.”

Although he’s done nothing to suggest that he’s looking for a transfer, there have been suggestions that Coutinho’s head has been turned by the Catalonian giants — with that being said, considering the stance the club has taken, he’d almost certainly be setting himself up for disappointment should he push for a move to the Nou Camp.

The Brazilian, of course, remains central to the Reds hopes of pushing for the Premier League title and making a splash in their return to the Champions League. Barcelona, on the other hand, aren’t a club that are used to not getting their way. Flush with cash from the sale of Neymar to Paris Saint-Germain, the Catalonians are almost certain to add some spice to their attack before the transfer window closes. In a similar situation, Borussia Dortmund has reportedly turned down a massive offer for Ousmane Dembélé and suspended the player on the back of him missing training, but unlike Coutinho, it appears he’s going to go all out to force through a move to Spain.

“Philippe Coutinho is a world-class player but the power in the position is with Liverpool,” said former Reds boss Brendan Rodgers. “Phil has signed a new contract. He’s always going to have other clubs that want him. But Liverpool don’t have to sell him if they don’t want to. So the power is very much with them,” added the Celtic manager. “Liverpool’s a fantastic club and I know he really enjoys it there. He’s got great supporters and a great manager, so I’m sure he would be very happy there.”