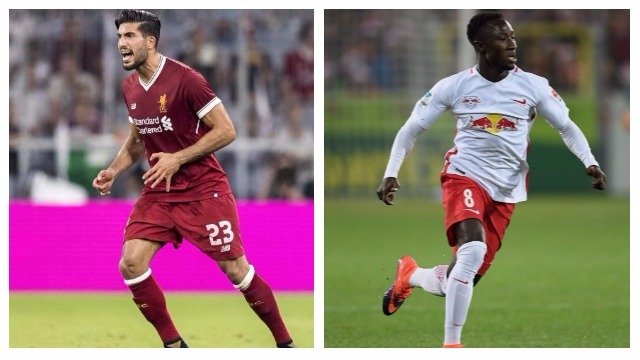 Heading in to the start of the Premier League season, Liverpool would have hoped to have either wrapped up contract talks with Reds midfield general Emre Can, or at the very least brought in a replacement for the influential German — something they’ve unfortunately failed to do.

With only a year remaining on his deal, the Anfield outfit are keen to tie Can down to a new long term deal with the boss Jurgen Klopp seeing the 23-year old as a big part of Liverpool’s future. While there’s been no suggestion that he’s looking to leave Merseyside, the two parties have been unable to find common ground. That, of course, is a tad ominous with the likes of Italian giants Juventus lurking in the background.

Able to negotiate with foreign clubs come January, the threat of Can leaving on a free is a reality that the Reds have to face. The Bianconeri, who have apparently had more than one bid for the German rejected, have retain a long standing interest in bringing the midfielder to Turin and could be tempted to make another move before the transfer window closes at the end of the month.

Can, for his part, could be looking towards the future with Liverpool’s obvious desire to draft in RB Leipzig maestro Naby Keita weighing on his mind. The Guinean has been the subject of a number of failed bids from the Anfield outfit with the Bundesliga runners-up and Champions League débutantes holding firm on their desire to keep hold of their star man. His stint in Saxony may not last much longer though with a £48mil buy-out clause coming in to effect at the end of the season dovetailing with the player’s own ambition to play for a top team.

“Next season it is so that Naby theoretically has the option to go,” admitted Leipzig sporting director Ralf Rangnick. “I’m assuming that he’s playing a strong season, even in the Champions League. And then there will be big clubs that are also interested in him,” conceded Ragnick, confirming that rumours of a buy-out clause are true. “Accordingly, it will probably be difficult to keep him.”