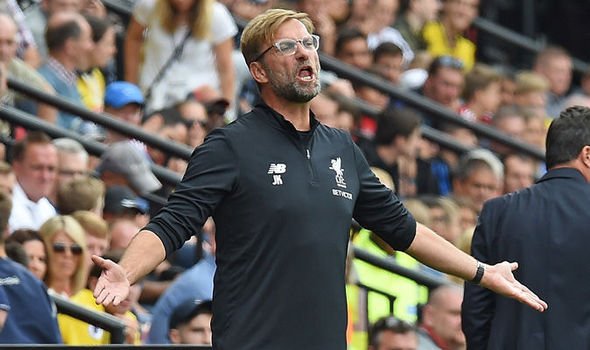 Despite looking for positives in the aftermath of the draw with Watford yesterday, Liverpool manager Jurgen Klopp conceded that the club still have some work to do if they’re going to solve their leaky defense, but the hosts winner — which appeared to be offside — didn’t exactly help matters.

“The first one, in our specific situation everyone will say it was clear because it was a set-piece, but it was a good cross and a good run. One of [our players] didn’t close the gap so he could not run. We have to work on it, no doubt,” explained the Reds boss. “The second goal was unlucky and a formation problem,” continued Klopp. “They passed the ball in our box, we defended the first time but then struck the ball against our own legs so that makes it a little bit unlucky,” added the German, sounding hard done by. “Then we scored two wonderful goals in the second half, it was really good, we had our moments and then we conceded an offside goal. That’s really not fun, it’s difficult to accept. It feels not too good, but we know we can do better and have to do better – that’s what I told the boys.”

With the first leg of their Champions League play-off with Hoffenheim just over the horizon, truer words were never spoken. Though the Hornets looked compact and organized under new boss Marco Silva, Liverpool recovered well from their first half wobbles to dominate the second period — only to be undone by a familiar foe.

“I’m not fed up [of talking about it], I have to talk about it. If you want to sum it up to this then that’s the only thing you saw and that’s absolutely OK,” said Klopp when asked about set-pieces. “We defended most of them really well and in the end is it enough if we concede one goal? Of course not,” added the Reds manager matter of factly. “I think we had two minimum [of the] same big chances off the set-pieces and they defended them with luck. Do they then have no problem with set-pieces and we have still a big problem? I’m not sure,” added the German, getting rhetorical. “We have to work on it, but that’s my life, our life, in football. For us, different things are important: physicality in the beginning, not ready for these things.”