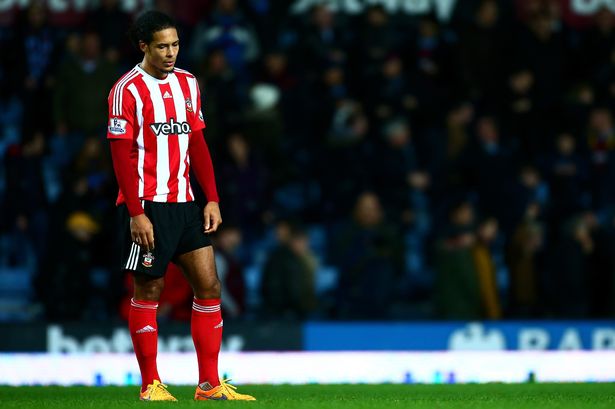 Missing out on the season opener with Swansea City, Southampton defender Virgil van Dijk’s ongoing transfer struggle with the Saints has both sides refusing to blink as the close of the window draws ever closer. The Dutchman won’t have to worry about his pay packet whether he makes the move to Anfield or not, but the punters in the stands can save a few bob by taking advantage of Nike newest offers while they wait for him to sort out his future.

“I can’t manage all the situations like some players being outside the team; it’s not my responsibility,” explained Southampton boss Mauricio Pellegrino. “But it’s a pity because the people deserve to see the best players in the pitch. It happens and we have to keep going. When you are outside the team you have to be behind them, supporting them. Hopefully he can change his point of view to be with us in the next few weeks,” explained the Argentinian manager. “I’ve talked with him [Van Dijk] twice, and the club was clear with him. I think all of us at the club, the technical director, me as a manager, we know that Virgil is an important part of the club. But we need him in another way, not like the way he is right now.”

While the South Coast club ran out a scoreless draw with the Jacks, Liverpool shared the points with Watford in an entirely different way with a six goal thriller ending all even at Vicarage Road. Picking up exactly where they left off last season, the Reds gave up three shambolic goals as the Hornets put in a convincing performance against Jurgen Klopp’s heavily favoured side. That the hosts found the back of the net twice from set-pieces remains a salty point of contention with the German manager, but one has to wonder whether or not Van Dijk — who remains on the top of Liverpool’s transfer wish list — really would have made much of a difference.

“It’s a down to the manager,” said Reds legend Jamie Carragher. “(Liverpool’s) set-pieces are the worst in the league,” continued the former defender turned Sky Sports pundit. “You see the same thing year in, year out. It’s not rocket science, set-pieces and counter-attacks,” fumed the Scouser, a man who knows a thing or two about keeping the ball out of the net. “One man won’t change Liverpool’s defence,” added Carragher, hinting that the Dutchman isn’t the solution to all our woes. “On average, Liverpool concede almost fifty games a season.”