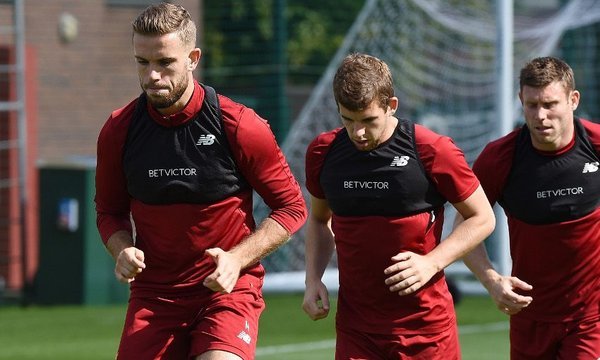 On the back of a convincing win away to Bundesliga side Hoffenheim in the first leg of their Champions League Play-off, Liverpool square up to a far more familiar opponent come Saturday with Crystal Palace looking to become the first team to win four consecutive matches at Anfield since Arsenal did it 82-years ago — a feat that’s going to be easier said than done.

If you’d call the Reds curtain raiser at Vicarage Road last weekend a bit of a shambles, then for the Eagles their own was a downright disaster. In his first competitive match in charge, Palace boss Frank de Boer watched on as his side gave up three unanswered goals to newly promoted Huddersfield Town in a disjointed and wholly disappointing display. Liverpool, who gave up three of their own to Watford, aren’t exactly water-tight at the back, but they also played some scintillating football en-route to scoring a treble of their own.

If you can’t keep the ball out of the net at one end, make sure you’re putting it in at the other — a simple game plan and one that should be in effect tomorrow at Anfield. Reds boss Jurgen Klopp will be without the likes of Philippe Coutinho, Adam Lallana and Nathaniel Clyne, but he’ll welcome back Daniel Sturridge in to the squad with the striker finally working his way through a thigh problem picked up in pre-season. After their European exploits earlier in the week, the German manager could make a few changes come Saturday with James Milner swapping in for Alberto Moreno and Sturridge taking the place of Roberto Firmino up top, but any tweaks will likely be minor with the squad looking more than a touch thin.

“You have to be always, but usually you come in the season and you improve things but here we have the big tests immediately,” explained Klopp, speaking to the press ahead of the Eagles visit. “So we have to be there again,” continued Liverpool’s manager. “Of course we know how they played and what they can change; Townsend didn’t start, Loftus-Cheek started, it was unlucky for them, the game development, so they want to strike back I’m sure, but again it’s Anfield and we have to show this.”

The Eagles will be without star man Wilfried Zaha with the 24-year old set to spend the next month on the sidelines nursing a knee injury he picked up against Huddersfield, but they may not need him with former Reds striker Christian Benteke set to lead the line. The Belgian, who scored only four goals at Anfield during his brief spell there, has a serious knack for finding the net against his former club, bagging five in his last three visits to Merseyside. De Boer could draft in Andros Townsend to the starting eleven to add some much needed pace to his side and he’ll have both Yohan Cabaye and James McArthur available to him with the duo shaking off knocks in time for the trip to the North West.

It’s still early days, but it’s not too early to say that Liverpool need to get the ship right. After giving up a last minute goal to hand the Hornets some points last weekend, we need a boost in the table and some momentum going in to the second leg of our Champions League Play-Off with Hoffenheim next week — smashing Palace and keeping them from winning four on the hop at Anfield is a great way to accomplish both.