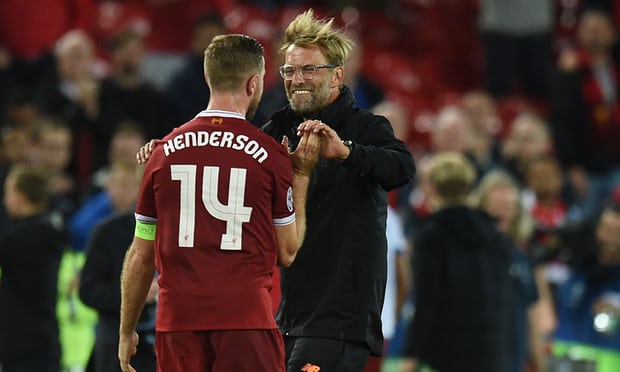 Refusing to rest on their laurels, Liverpool raced out to a 3-0 lead in just over 20-minutes to shell-shock Hoffenheim and a seal a spot in the Group Stages of the Champions League. The visitors would hit back through Mark Uth and Sandro Wagner, but Roberto Firmino’s second half effort built on the party atmosphere around Anfield after Emre Can’s double and Mohamed Salah’s first European goal of the season sealed their place in to the most exciting club competition in the world.

“The start of the game was like a thunderstorm,” said Reds boss Jurgen Klopp, explaining why he didn’t want to sit back and defend the narrow lead they carried in from the first leg. “We thought it made sense that we do it differently; we did high pressure and did it really well. All the passes we played, all the balls we won, it was really fantastic,” enthused the German manager, thrilled with his side grabbing three quick-fire goals in the first half, but also kinda concerned that they gave up a pair. “We also [were lucky] in one or two situations, so this game was crazy and could have ended 9-7. But even then we would have been in the group stage, so it’s deserved.”

Familiar failings were on display, but going forward Liverpool — as per usual — looked in a class of their own. The link up play between the midfield three of Jordan Henderson, Can and Georginio Wijnaldum was the perfect foil for the speed and technical craft of a vibrant front-three as Sadio Mane, Firmino and Salah ran rampant against a stuttering Hoffenheim defense. Brighter lights and sterner tests await the club in the next round, but on the back of that performance, the Reds can dare to dream.

“I don’t know. I don’t think that it’s too important to think about where we can go,” mused the manager, refusing to make a prediction of just how far they’ll go. “When you are in the group stage, then you want to go through the group stage and to the last 16. You want to go there and to the next round, that’s how it is,” added Klopp matter-of-factly. “A lot of things are possible but not because I say them, just because when we are really ready for all these games. It’s so exciting now to be part of it,” added the Reds boss with a smile. “The players love it, the crowd loves it. We will have a few fantastic European nights at Anfield. All good in the moment.”