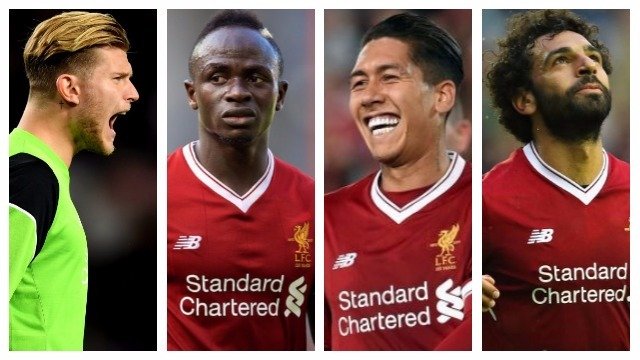 Although it hasn’t been confirmed by the club, it’s sounding like Liverpool ‘keeper Loris Karius will start against Arsenal tomorrow with rumours circulating that first choice shot-stopper Simon Mignolet is either injured or ill. How this might affect the odds remains to be seen, but whispers of the German stepping in between the sticks were backed up further when he took to social media earlier in the day.

Big game tomorrow so no fight for me tonight ? who will make it? ?? #MayweatherMcGregor
Like = McGregor
RT = Mayweather

The Gunners visit Anfield tomorrow coming off a disappointing loss to Stoke City in their last Premier League outing and needing to get out of Merseyside with at the very least a point if they want to avoid an extremely disappointing start to the season. If true, the Gunners will be buoyed by the fact that Karius — who has yet to prove his chops in England — will be the one backstopping Liverpool’s already shaky defence, but to be fair, they’ve got their own problems at the back to worry about.

If nothing else, Liverpool know how to attack and with Mohamed Salah and Sadio Mane flanking the tireless Roberto Firmino, it’s going to be triple trouble for the team from North London. We saw exactly what kind of havoc they can wreak during the 4-2 demolition of Bundesliga outfit Hoffenheim earlier in the week and the game plan will be very much the same when Arsenal roll in to town. Gunners ‘keeper Petr Cech has conceded 26 goals against the Reds — the most of any team in his top-flight career — and it wouldn’t be even a small stretch of the imagination to picture the Merseysiders adding a few more to that tally today.

“Sadio has made a big step; being clearer in all the situations, passing in the right moment, dribbling in the right moments, always being a goal threat,” said Reds boss Jurgen Klopp, full of praise for the Senegalese attacker. “Everybody speaks about the passing game, but it’s the challenges he makes defensively, chasing them from behind, all over the pitch,” continued the German manager, switching gears to Firmino. “[Hoffenheim] couldn’t get rid of him. That is the character you need to make the next step with a team which is already good,” added the manager, going on to praise the way Salah has adjusted to the Reds high octane style of play. “You can see Mo is on the way there. [He is] not that used to it, not using the body that much,” explained Klopp. He has defended 500 per cent more already than he did in the whole of last season.”