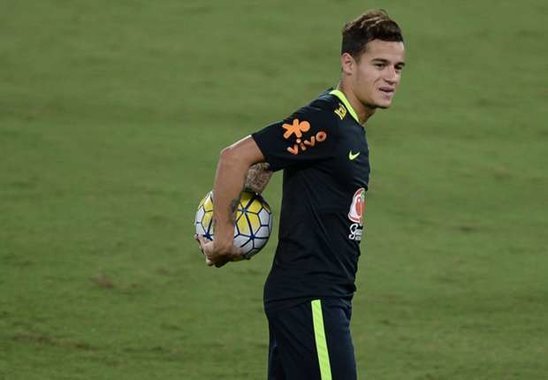 Although the transfer window is officially closed for the Premier League, there’s still the possibility for some serious drama across the league with Barcelona’s protracted move for Liverpool attacker Philippe Coutinho the one to watch. Although he’s yet to play for the Reds this season, the Brazilian has been declared fit to play by the national team’s medical team with his back injury being chalked up to nothing more than a bit of stress.

“I told him that I want him to go to wherever he would feel happiness and joy,” said Selecao boss Tite, confirming that he’s talked to Coutinho about the interest coming from Catalonia. “The Brazilian team doctor has spoken to Liverpool’s doctor and our director has liaised with their directors. Have I been in touch? No, I don’t speak English,” added the ex-Corinthians manager. “By playing him we are not going to take any risks but, on the other hand, we are not going to do without him in the squad.”

That, of course, isn’t the first time Tite has hinted that the Reds talisman would be better suited playing for the La Liga giants — a wish that Liverpool, up to this point, haven’t even entertained. Rejecting a successive string of big money bids from Barcelona, Liverpool have held their nerve and their word despite the increasing pressure coming from Catalonia. While his phantom back injury has kept him from featuring for the Reds, it didn’t keep him from coming off the bench to score in last night’s win over Ecuador.

“We confirm the squad 15 days in advance, we know that is a big window and that changes at clubs can happen,” explained Tite, speaking to the press ahead of the match.“I have to be aware of this. At the same time, the Brazilian team is the most important thing,” stressed the former Portuguesa midfielder. “A player of Coutinho’s level is always going to be called. I had contact with Klopp and Liverpool and asked about the possibility of calling him,” added Tite, clarifying his reasons for his squad selection. “Willian has played well this season, so as a matter of fairness, he starts and Coutinho is an option.”