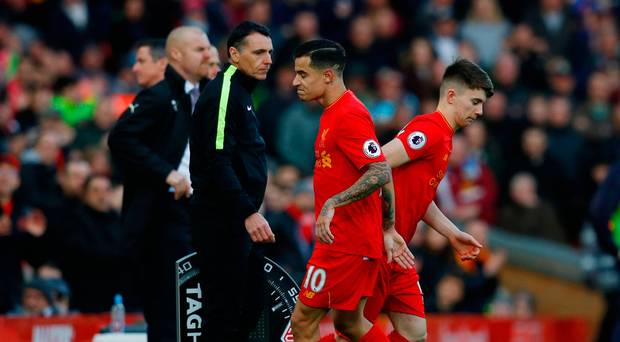 Returning to Melwood for the first time since the international break, it’s widely expected that want-away Liverpool attacker Philippe Coutinho will hold clear the air talks with Reds boss Jurgen Klopp as the side prepare to square up with fellow title hopefuls Manchester City on Saturday — something that could significantly influence the Football tipster odds.

The Brazilian, who saw his transfer request rejected despite a number of big money bids from Spanish giants Barcelona, has missed the opening of the season due to a back injury and illness, but was mysteriously fit to play for his country during the recent international break. Going in to the 1-1 draw with Colombia on Tuesday evening, Selecao boss Tite confirmed that the 25-year old was ready to play a full 90-minutes. Now, whether or not he’ll get the opportunity to jump right back in to the Liverpool squad against the Citizens remains to be seen, but there’s no question that Coutinho has some explaining to do.

On a completely different note, Reds attacker Ben Woodburn looks set to be handed a bumper new deal by the Anfield outfit with the Welshman’s electric cameos for Wales ramping up interest in the multi-talented youngster. With his 18th birthday just around the corner, some sources are saying that he’ll be handed a significant bump in his £40,000 per-year salary to a far more posh £25k per-week to both fend off interest from other clubs and show the youngster just how much Liverpool value him.

“Jurgen felt it was a bit early for Ben. But we’ve all got opinions, which is what is great about football,” said Dragons boss Chris Coleman. “I felt that if he was in the first team for Liverpool – and he is, he scored that great debut goal at the Kop End – then he was ready,” continued the Welshman. “We weren’t going to start him in both games and play him for 90 minutes,” added the former Fulham boss, stressing that they’re keeping the players development in mind. “We were going to be choosy with when we use him – but he’s a good young talent, that’s for sure.”

One thought on “Coutinho Set for Clear the Air Talks, Reds to Hand Woodburn a New Contract”