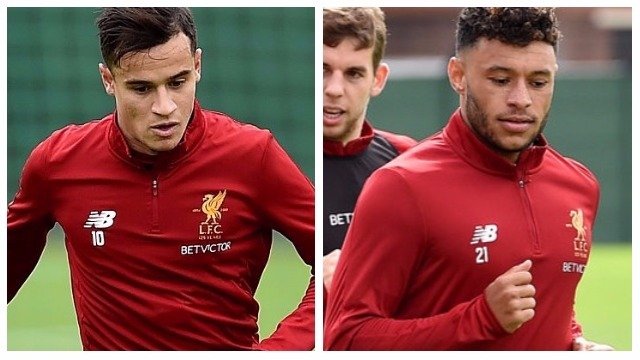 Despite playing twice for Brazil over the international break, Liverpool attacker Philippe Coutinho will miss out on the trip to Manchester City on Saturday as he gets himself back up to speed after missing out on the start of the campaign with a back injury. Liverpool are pretty long at 4.20 (Via MyBettingSites) to win at the Etihad on Saturday, even though Sadio Mané and Mohamed Salah have been in excellent form in the absence of the Brazilian so far this season.

“I decided to leave [Coutinho] out of the squad for City so we can use the time for extra training,” explained Reds boss Jurgen Klopp, confirming that the Brazilian will miss the trip to the Etihad. “We have got all the numbers from the Brazilian FA – the intensity of the training, stuff like that, and it was all okay. And he played twice – I think about 15 or 20 minutes,” continued the German manager. “He could have played 15 or 20 minutes again in the City game, maybe longer, but I think really it makes sense [to leave him out],” added the Liverpool manager. “He agreed completely, so it was not as if he said ‘no, I don’t need training, I want to play’. It was a good conversation.”

Klopp has confirmed that the 25-year old, who saw his attempts to force through a move to Barcelona with a transfer request rejected by the Anfield outfit, will be welcomed back in to the fold immediately, but he’s going to have to get himself back in shape before he’s going to be slotted back in to the side. Having scored a peach of a goal for the Selecao, it was expected that he’d be given the green light to square up against City on Saturday, but Brazil play a vastly different style of football than what’s employed on Merseyside.

While Coutinho will be forced to watch from the sidelines, it sounds like there’s a good possibility that the traveling Kop will get to see new signing Alex Oxlade-Chamberlain in action for the first time after a summer long pursuit saw the midfielder complete a move to Anfield on transfer deadline day. The 24-year old, who featured for England over the international break, looks to be a good fit for Liverpool’s all action, high intensity style and it’s expected that he’ll hit the ground running — but exactly where he’ll play and what his best place is remains a question that’s yet to be answered.

“He can fit in a few positions,” enthused Klopp, hinting the former Arsenal man could play a part at the weekend. “We want to have him on the pitch as often as possible,” said the German manager, clearly pleased to have added a player of his caliber to the squad before the transfer window closed. “He is a very good football player and fits really well in the squad.”