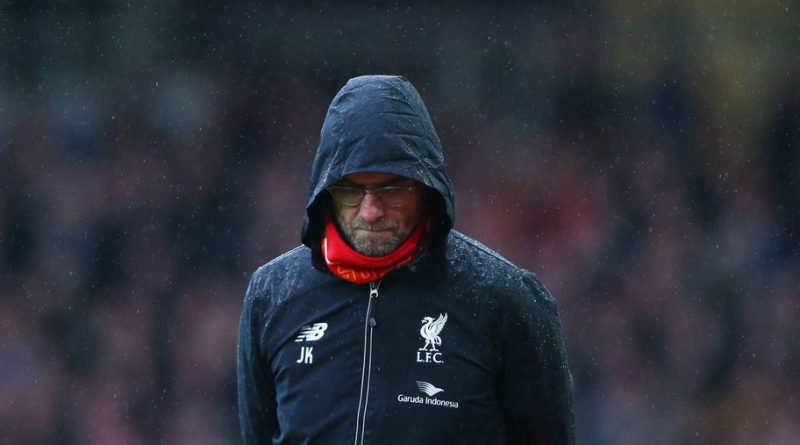 To address the big elephant in the room, I’m conflicted over Sadio Mane’s red card. Initially, it seemed extremely harsh but, as I watched replay after replay, it eventually seemed like Mane deserved what he got – perhaps a yellow would have been more fitting.

Either way, Mane walking off the pitch changed the game.

Let’s not fool ourselves, however, Manchester City outclassed us today in their own backyard. Fair play to them, we looked like Arsenal when they turned up at Anfield a couple weeks ago.

We’ve got clear weaknesses in our team and it’s painful to see; Alberto Moreno is not a left-back, he cannot defend at the level required for a Premier League footballer, he’s a left-wing-back and should only be used when there is an established back three or as an attacking player.

Of course, it’s not all Alby’s fault – we have two centre-backs that just weren’t themselves this afternoon; I expect average performances from Ragnar Klavan but Joel Matip looked half the player we’re used to seeing.

Even though we shipped five goals, it’s thanks to Simon Mignolet that it wasn’t 7-0 or 8-0.

Kevin De Bruyne was absolutely world-class against Liverpool – super-sub Leroy Sane and Gabriel Jesus not far behind, mind – one of the best performances I’ve seen for a long time and it was obvious Liverpool were lacking a player like De Bruyne in our team.

I don’t think our Little Magician could have saved us, though. City were just, by far, the better team on the day and Liverpool will have to eat a big slice of humble pie.

Here’s the match report in a nutshell:

City scored an early goal and Liverpool didn’t look like recovering. Prior to the goal, the Reds had looked threatening but never came close to putting the ball into the back of the net. Mane’s sending off put the nail in the coffin and Liverpool barely made it out of their own half for an hour.

I feel sorry for Alex Oxlade-Chamberlain; lose 4-0 to Liverpool, join Liverpool and lose 5-0 to City.