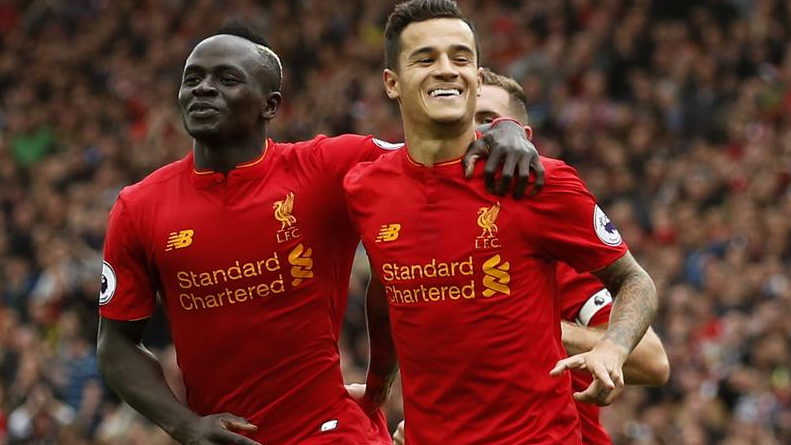 “We go again” are the infamous words uttered by Liverpool legend Steven Gerrard as we marched on to what looked like a certain 19th League title for the Reds.

In hindsight, those words may be laughed at but Gerrard was bang on – we go again; we pick ourselves up from the Etihad ashes and put the sword to Sevilla.

In hindsight, looking at that last sentence, I may have been watching too much Game of Thrones of late.

Regardless, Champions League nights are back at Anfield and we are provided a perfect opportunity to set the record straight after being mauled by Pep Guardiola’s Manchester City.

Liverpool are quite fortunate Sadio Mane’s red card doesn’t mean he can’t play in Europe while the club appeals the length of his ban from football, so I expect our speedy Senegalese-man will line-up on Liverpool’s left-wing.

Our once beloved Little Magician, Phil Coutinho, is expected to make his return against Sevilla, be that from the bench or not I’m not quite sure. I think Jurgen Klopp – being Jurgen Klopp – will go bold and throw Phil straight into a midfield trio.

Liverpool still have the same plethora of injuries plaguing the squad; don’t be expecting to see any of Nathaniel Clyne, Adam Lallana, Danny Ings and (cough) Adam Bogdan.

Dejan Lovren missed our game against City because of an illness but he should be back in the squad for the midweek fixture against Sevilla.

However, there are things to be glad about…Sevilla have a few injury problems; Spanish international Nolito will be unavailable for their trip to Anfield. Good job, really, as he netted a goal in their last outing against Eibar.

Also missing for Sevilla is Johannes Geis, who is on loan from Bundesliga club Schalke.

Sevilla boss Eduardo Berizzo has recalled David Soria, Nico Pareja, Guido Pizarro, Michael Krohn-Dehli, Luis Muriel and Ever Banega to his 22-man squad who were all rested for the aforementioned Eibar game.

Klopp will be looking for revenge against Sevilla – we haven’t forgotten how they beat us in the Europa League final and he hasn’t either – and kicking off their Champions League campaign by beating them in our backyard will somewhat go toward that revenge.

Sevilla beat Liverpool 3-1 that day and the Reds are somewhat poetic when it comes to football so I think we’ll be winner by the same margin: Liverpool 3-1 Sevilla.

We’re not famous for keeping clean sheets and Sevilla are in a good run of form, even without Nolito, I expect them to score.

Liverpool fans are hurting and Klopp knows it, losing 5-0 is especially painful for a club like Liverpool and Sevilla are now a deer in the headlights.