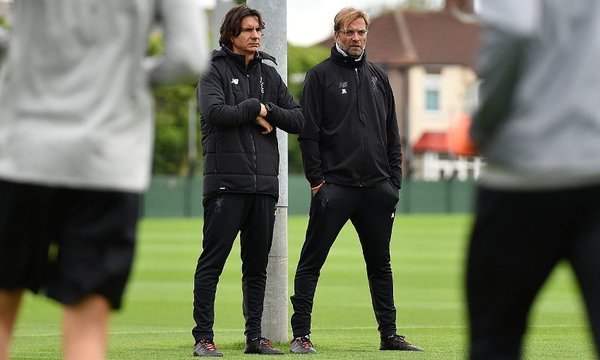 Looking to move past the humbling at the hands of Manchester City at the weekend, Liverpool boss Jurgen Klopp is aiming to get his side back on track when Spanish side Sevilla visit in their opening match of the Champions League Group Stage.

“It was not a problem with the performance, not until a specific point, and after that, how everybody knows, City or Manchester is the worst place to be with one man down on a day like this and we did not really well afterwards, we could’ve defended better,” conceded the Reds manager, speaking to the press ahead of his first proper Champions League match in charge of the Merseysiders. “But tomorrow we have another competition and we worked so long, so hard for it and we actually plan to put all we have into this game,” stressed Klopp, never one to mince words. “Nothing that happened last Saturday would stop us.”

The German, of course, has a bit of history with the Andalusians having lost out to them in the final of the Europa League only two years ago. While suggestions of revenge might be a touch short sighted, Klopp isn’t underestimating Sevilla in the least knowing full well that they’ll be on Merseyside to looking to get their own Champions League campaign off to a good start.

“I expect a very strong side of Sevilla. That’s real Champions League, that’s experience, that’s technically-skilled players, that’s good match plan, that’s a hard-to-play team – they have all our respect,” explained the Reds boss. “They’ve had good start in the season, they changed the manager and found again a really good one,” continued the German. “It’s an outstanding job from Sevilla again in the last few years, lost now the sporting director and the manager and are still there and at the top of the league.”