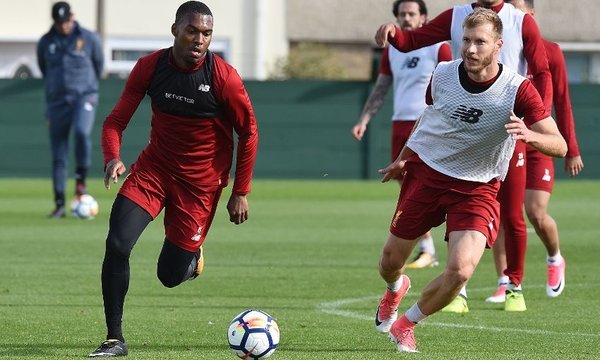 Looking to solve Liverpool’s multifaceted and much discussed problems at the back, Reds boss Jurgen Klopp is looking to the training ground rather than the transfer market after allowing Spanish side Sevilla to score with both of their shots on target during their Champions League curtain raiser earlier in the week.

“If we lose the ball in the wrong moment, it is the most difficult thing to do to defend these situations. It is not that I like it but I still work on it. It is not like I can fix it like this [clicks fingers],” explained the German manager, speaking to the press ahead of the meeting with Burnley on Saturday. “We are in a very dominant mood and good playing here and there. We were really good from the beginning [against Sevilla] and yet their first offensive situation resulted in a goal,” mused Klopp. “It is not that we don’t see, it is not that we don’t want to fix it, it is not that we ignore it – I said if there would have been a solution out there we would have done it.”

If nothing else the Liverpool manager has taken heat for not drafting in a world class defender during the transfer window — something that even the armchairiest of armchair analysts agree was a top priority for the Anfield outfit. And, to be fair, that’s exactly what they were trying to do with their summer long pursuit of Southampton captain Virgil van Dijk, but their refusal to consider alternatives has been viewed as a failure on the part of the German manager — an assessment he predictably can’t get behind.

“I cannot speak in this country about any players I tried to get,” said Klopp, discouraging any further questions about the Dutchman. “We watched all of them [potential new centre-halves] 500 million times and, to cool the people down, what if the new player doesn’t hit the first ball and he makes exactly the same mistake [as Dejan Lovren did against Sevilla]?” mused the Reds boss. “A mistake they all made in their life but it is like: ‘He is a £65m signing, he will improve.’ Why do you think the other one cannot improve?” continued the German manager, either genuinely perplexed or doing an excellent job feigning it. “I don’t understand that.”

One thought on “Klopp Aiming to Improve on Training Ground, Unrepentant on Not Signing Van Dijk Alternative”