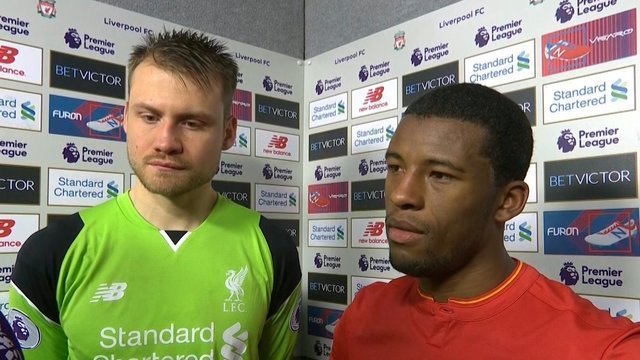 Liverpool’s poor run of form continued on Saturday with another frustrating outing against Newcastle United — another match that the Reds ended up drawing when they should have comfortably won. If their current woes aren’t bad enough, the Anfield outfit come out of the international break with an undefeated Manchester United side waiting for them and though the hope that Liverpool will break their cold snap against their bitter rivals will have punters hedging their bets at places like NetBet Sport, if current form is anything to go by, the Reds will be in for a tough afternoon.

“If you come away with a 1-1 result, that’s obviously a disappointing feeling. You start to look at what you could have done better,” said Simon Mignolet, speaking to the clubs official website. “It’s disappointing and frustrating but we have to keep looking forward, keep our heads up and make sure when we come back after the international break we go again against Manchester United, which is a big game and something to turn things right for us,” added the Belgian shot-stopper. “I’m sure everybody will be focused on their international duties now but when they are back they have a big game to look forward to. We will be ready for it.”

Being ready for it is one thing and getting a result is an entirely other. Jose Mourinho’s side will visit Anfield sitting in 2nd place — sitting level on points with top of the table Manchester City — and with a staggering +19 goal difference. Liverpool, having missed their opportunity to claim a spot in the top four, are now languishing in 7th place with only a pair of goals keeping them from posting a negative goal differential.

The derby is always a one off match, but if the Reds can’t find their scoring shoes, it’s not hard to imagine this one ending badly.

“We didn’t score the chances we had and that makes it frustrating, because I think we deserved to win,” said ex-Newcastle midfielder Georginio Wijnaldum with the Dutchman having hit the post in his return to St. James Park. “It’s difficult to say. People don’t miss on purpose – everyone is trying to score a goal,” mused the 26-year old when asked if he could shed some light on Liverpool’s woes in front of the net. “But we are not lucky now with the finishing. First of all, it’s good that you create that many chances but we have to make another step to score them.”