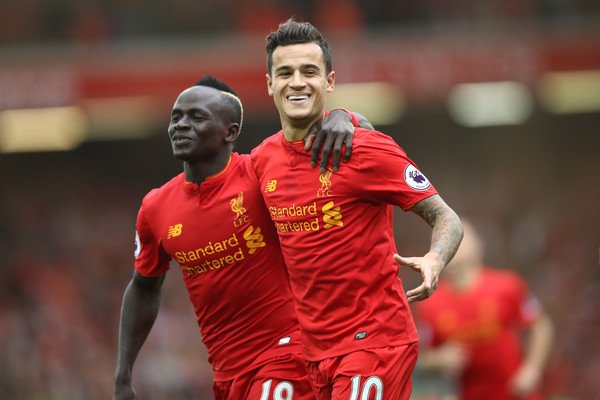 Liverpool boss Jurgen Klopp has been dealt a major blow to his plans as the Reds plan for the visit of bitter rivals Manchester United at the weekend with the news that winger Sadio Mane is expected to miss the next nine matches with a hamstring problem he picked up while on international duty.

“Sadio Mane is facing a spell on the sidelines after sustaining a hamstring injury on international duty, Liverpool FC can confirm,” read a statement on the club’s website. “The winger was substituted 89 minutes into Senegal’s 2-0 World Cup qualifying win over the Cape Verde Islands on Saturday. And it has now been confirmed that he picked up an injury during that fixture that could keep him out of action for up to six weeks.”

While away with Senegal last January competing in the Africa Cup of Nations, Liverpool sorely missed the pacey 25-year old as they ran through a slump which saw them fall clean out of the race for the Premier League title. The addition of lightening quick attacker Mohamed Salah to the side during the summer and the return to the starting eleven of Philippe Coutinho will help to temper the loss of Mane over the coming weeks, but there are fears that the Brazilian’s head will be turned once again on the back of news that Barcelona will revive their attempts to lure him to the Nou Camp when the transfer window re-opens in January.

“We are [financially] prepared to sign Coutinho or any other player in January,” said Barcelona CEO Oscar Grau. “What we want is to have the most competitive squad possible. We will look at [signing players], even if there aren’t any sales,” added the Spaniard, stirring the pot. “The club will remain sustainable, we don’t want losses and we have to continue to look for ways to generate income.”