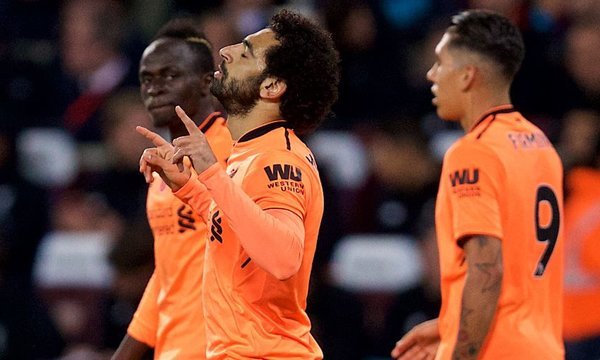 Welcoming Sadio Mane back to the starting eleven, Liverpool ran rampant at the London Stadium, heaping pressure on West Ham United boss Slaven Bilic by running out comfortable 4-1 winners in the capital.

Switching things up and employing more of a 4-4-2 formation than their traditional 4-3-3, Reds boss Jurgen Klopp set up his side to defend a bit deeper, but still allow space to hit on the counter-attack and it worked a treat. A quick-fire double from Mohamed Salah and Joel Matip sent the visitors in to the break in the ascendancy and though Manuel Lanzini would pull one back for the hosts, Alex Oxlade-Chamberlain quickly restored the cushion before Salah added his second of the match to give the Egyptian his fifth goal in as many games.

Having beat the stuffing out of NK Maribor earlier in the week, confidence was high heading in to the meeting with the Hammers, but there were concerns that the fixture pile-up could start to catch up to the Merseysiders. That, of course, looked to be the case with Reds skipper Jordan Henderson with the Englishman a late withdrawal from the squad, but the ankle injury Georginio Wijnaldum picked up in the Champions League wasn’t as serious as first expected and the Dutchman was able to slot right in, but it was the recall of Mane to the side that really made the difference.

The devastating pace on offer from both the Senegalese winger and Salah makes such a massive difference to the way we play our game — the first goal a microcosm of that with a blistering counter-attack on the back of defending a corner ending with the two Africans combining in simple and deadly fashion.

“We scored the first one, fantastic counter-attack. We scored the second one, our second set-piece goal in one week. I don’t think I have had that since I’ve been at Liverpool, so that’s really special,” said Liverpool boss Jurgen Klopp, going on to address Andy Carroll’s role in the Irons pulling one back. “He is not the only threat, though, and we had the smallest in the box score [Lanzini] but everyone is looking at him [Carroll], so we were a step too late in the other challenge. That was our mistake, but we responded again – outstandingly good,” enthused the German manager.

“It was a fantastic situation from Roberto Firmino; you thought, ‘What will he do with this ball?’ but he thought ‘Let’s run in this direction and pass the ball to Ox’. Ox had two tries and used the chance. Then the fourth one, again brilliant play of Sadio Mane and Mo Salah what a finish.”

It was another case of you can only beat what’s in front of you with West Ham decidedly poor on the day with their defending in particular looking amateurish at best with the defensive duo of Winston Reid and Angelo Ogbonna unable to cope. The Hammers board will now assess Bilic’s future with a decision expected on whether or not the Croatian will be around to lead the club forward expected within the next 48-hours.

And, on the other side, Klopp heads in to the international break with a smile on his face and three-points in the bag. There will be concerns over Mane, who will hook up with Senegal, and whether or not his hamstring will hold up over the next two weeks. Liverpool have a serious run of fixtures coming off the break, hosting both Southampton and Chelsea in between an all important trip to Sevilla in the Champions League — a match that could decide whether their move on to the knock-out stages or drop down in to the Europa League.