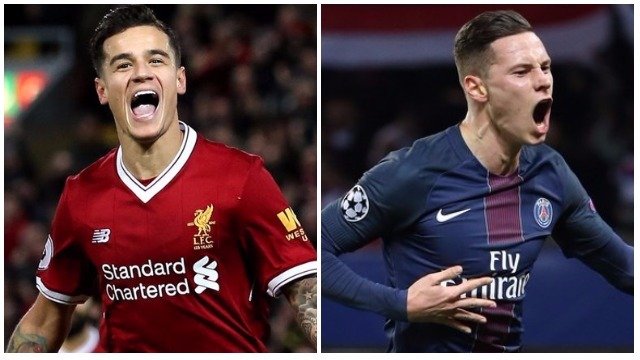 Speaking to the press ahead of Liverpool’s crunch showdown with Spartak Moscow in the Champions League, Reds boss Jurgen Klopp admitted that he hasn’t give much thought to want-away star Philippe Coutinho’s future. The Brazilian, who was the subject of a numerous failed bids from Barcelona over the summer, remains on the Catalan’s shopping list with the rumour mill suggesting that they’ll come back for the 25-year old when the transfer window re-opens in January.

“Nothing [makes me sure he will stay in January],” said the German manager when asked about Coutinho’s future and whether or not he’ll still be at Anfield come February. “I haven’t thought about it for one second. I am not sure, I am not unsure,” mused Klopp, refusing to commit to an answer. “Nobody knows what will happen in January. I have a team to prepare for tomorrow.”

Despite laying down an offer that tipped well over £100mil, Barcelona were unable to get Liverpool budge — even after the man himself handed in a transfer request and went to the press to gripe over the Reds refusal to negotiate further. Having already stumped up for a long-term, big money contract, the club wants the Brazilian to be part of their future and see him as central to what Klopp is trying to accomplish at Anfield, but they can only be pushed so far. Paris Saint-Germain, who are also known to harbour an interest in Coutinho, could very well get back in the frame with star striker Neymar reportedly pushing the French juggernauts to make a move for his compatriot.

If the 25-year old does head for the exit door, Liverpool will certainly push for the best price possible, but they’ll also want to bring in a replacement for the Brazilian play-maker. Both Barcelona and PSG have a wealth of talent at their disposal, but the Parisians could have the upper hand on their Catalan counter-parts if they agree to make attacking midfielder Julian Draxler part of any deal. Reds boss Jurgen Klopp is a known admirer of the German international and though they have no plans to part ways with him at this time, having Coutinho come the other way could tempt them in to doing business.

“He’s in a constant evolution and he still has a lot of energy,” said Paris Saint-Germain boss Unai Emery, speaking to Sky Sports. “At PSG, Draxler is in very good hands, he’s a great contributor to our game, he’s learning a lot,” explained the Spaniard, going on to play down talk of an impending exit for the 24-year old. “I talk to him a lot and I’m very demanding with him and he’s one of those very ambitious players and he shows that with good performances, also for the national team, and he’s a very important player for us.”