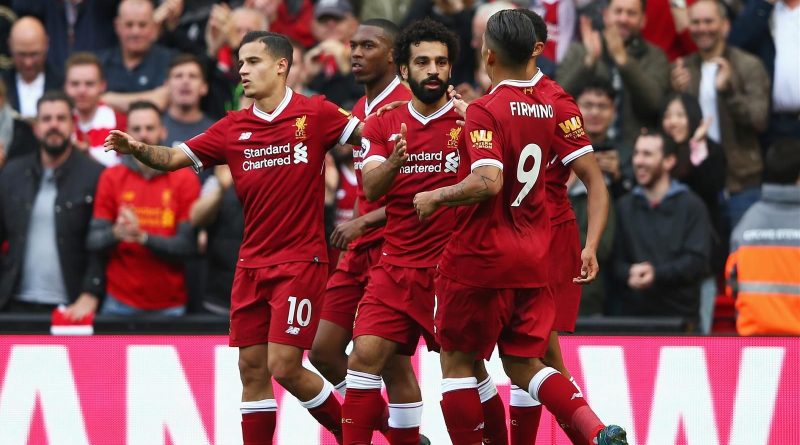 The Merseyside Derby between Liverpool and Everton may have lost some of its ferocity in recent years – with the Reds having not lost to their local rivals in seven years – but, as always everything is on the table.

It doesn’t matter how well Liverpool are playing or how poor Everton are, it’s all about avoiding embarrassment. You have to go back to 2006 to find the last time the Blues made their bitter rivals look daft as Andy Johnson netted a hat-trick in their famous 3-0 win.

The Reds smashed Everton 4-0 at the end of the 2015/16 season and I felt a little sorry for our Blue brothers; they had endured a miserable end to the season…it seems the Ev find themselves in a similar position as they travel to Anfield this Sunday.

Everton are tenth in the Premier League table, a much better position than they were in a fortnight ago as they teetered on the edge of the relegation zone but morale around the club still hasn’t picked up.

Liverpool find themselves placed fourth in the table, above Arsenal and Spurs, and have just recorded their second 7-0 of the season against Spartak Moscow.

Based on form, Liverpool could very easily slaughter Everton at Anfield.

Liverpool will still be without Joel Matip and Nathaniel Clyne going into this weekend and it seems that Alberto Moreno will miss out, paving the way for Andrew Robertson to stake a claim for the starting left-back position…or perhaps Jurgen Klopp will simply opt for playing James Milner.

Although it’s unlikely he’d have featured in such a heated affair, Marco Grujic has sustained an injury and will be unavailable for some time.

Everton have several injuries in their senior squad, which points to why a good number of their academy graduates featured in Cyprus as the Blues bowed out of the Europa League.

Leighton Baines, Ross Barkley, Ramiro Funes Mori and, of course, Seamus Coleman and Yannick Bolasie will not be in Everton’s squad when they cross Stanley Park to visit their neighbours.

I’ve a friend who is an Everton fan that I speak with often, his prediction is a 4-0 win for Liverpool and it’s hard to disagree with him, however, the Blues are turning a corner and they’re going to play defensively at Anfield.

Liverpool tend to under-perform against teams that play for a point at Anfield (see Manchester United) but the Reds’ fab four of Mo Salah, Phil Coutinho, Bobby Firmino and Sadio Mane are on fire.

I predict that, come the full-time whistle, the score board at Anfield will read Livepool 2-0 Everton.