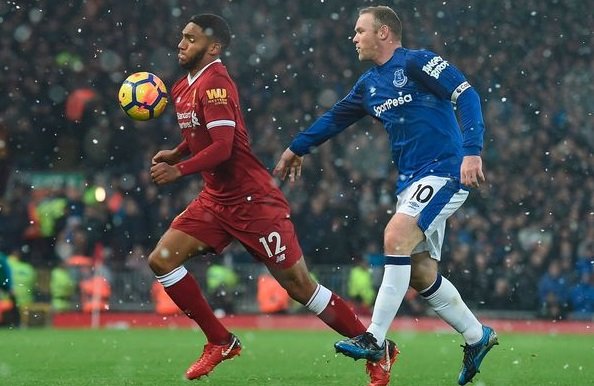 It’s the nature of football management that what’s regarded as madness becomes either genius or folly and as Everton snatched an unlikely point at Anfield earlier today, it was both for Liverpool boss Jurgen Klopp.

Having left the likes of Emre Can and Brazilian duo Roberto Firmino and Philippe Coutinho on the bench after their Champions League exploits on Wednesday, eyebrows were raised across Merseyside and the rest of the footballing world, but heading in to the break with 80% of the ball and in front through a spectacular Mohamed Salah strike, everything was going to plan for the German manager — only for the narrative to change in a single moment.

Fielding a starting eleven that had six changes from the side that beat Brighton & Hove Albion last weekend, his calculated gamble looked to have paid off until Toffees striker Dominic Calvert-Lewin, with his back to goal and light enough on his feet that he may be filled with helium, went down in the box under what hardly qualified as a challenge from Dejan Lovren. As needless from the Croatian as it was harsh from referee Craig Pawson, the spot-kick not only allowed the visitors to draw level, it also enabled Wayne Rooney to bag his first ever Merseyside Derby goal.

The kitchen sink soon ensued as Coutinho joined Firmino and Danny Ings on the pitch as Liverpool desperately tried to tip this one back in their favour, but that final ball never quite materialized and on a weekend where both Chelsea and Arsenal stumbled, the Reds failed to take advantage.

“You see the picture of the penalty. Calvert-Lewin is smart but it is nothing. But it is a penalty and one team can celebrate and we can’t,” said Liverpool boss Jurgen Klopp, sounding understandably agitated. “I don’t understand why the ref is doing that [give the penalty]. I didn’t use one swear word. Only one team is trying over 95 minutes to win it. The other team are not in our box and didn’t have a shot on target bar the penalty,” fumed Klopp, going on to argue with the Sky Sports interviewer. “I only want to speak to people with a little bit of understanding about football. I am sorry, I am wrong and you are right. Obviously I am not in the mood to answer questions.”

And, can you blame him? That the hosts should have been more than one ahead by the time Rooney stepped up to the spot is an understatement with golden opportunities for both Sadio Mane and Joe Gomez — who, for me anyways, was Man of the Match — falling by the wayside. The numbers don’t always tell the tale, but they were damning with the Reds taking 20-more shots and ending up with 79% possession.

Unfortunately, that doesn’t win you football matches. If nothing more, the fact that Everton boss Sam Allardyce — playing his trademark brand of uninspired, insipidly boring football — will be regarded as a hero by the blue half of the city for not losing at Anfield can provide a touch of solace, but considering we missed more chances in a five minute span than his side could even hope to muster over 90-minutes, it still rings overly hollow.

Dropping points and missing out on a chance to widen the gap on the chasing pack is one thing, not putting one over on the Ev is another entirely. In any match you’d take a draw over a loss, but the one against the Toffees you always want to win no matter what. I can’t take the same solace in a draw — we don’t celebrate mediocrity.