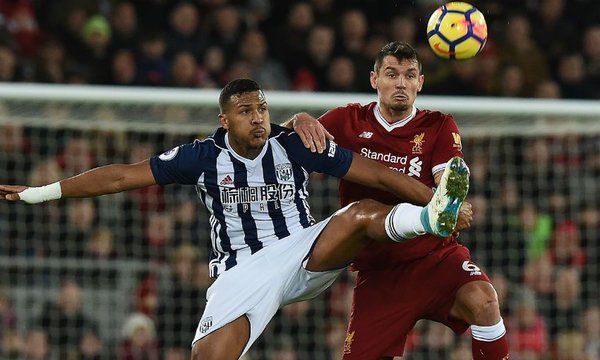 Following up a disappointing outing against Everton on Sunday with another frustrating night at Anfield, Liverpool missed out on a chance to cement their place in the top-four after being held to a scoreless draw with struggling West Bromwich Albion.

The point is a good one for the Baggies, but it came much more on the back of the ethos instilled by former boss Tony Pulis than it did on the more expansive brand of football new manager Alan Pardew has promised to deliver. Organized in to what seemed like unending banks of defenders, the visitors plan was apparent from the word GO — taking a cue from the likes of Manchester United and Burnley, it was all about stifling their opposition and holding out for something of a lucky break.

It’s a tactic that’s worked against us before and fair play to them as it did again.

Reuniting the “Fab Four” after breaking up the band at the weekend, Reds manager Jurgen Klopp was looking to set the tempo for what’s to come over the busy festive fixture period, but the sweet sounds so often delivered by this quartet proved to be elusive as they failed to find the net in a Premier League home game under the German for only the fifth time since he took charge.

“First half, it looked a little bit stiff, the timing of the movements was not the way it should have been, passing was not that good, a little bit too late, not quick enough,” explained the Liverpool boss. “The second half was better, we changed the system a few times and tried to bring them more trouble, which we did,” continued Klopp. “Obviously it was not a night for 3-0, 4-0 or 5-0. If you don’t score early, that was clear. We were ready to work hard for this one moment, but it didn’t happen so that’s what we now have to accept,” added the German. “If you don’t score in football, you always have to accept the result.”

It just wasn’t on, was it? If Sadio Mane choosing to shoot rather than pass to one of three open teammates can be used as a microcosm of the Derby draw, then Roberto Firmino deciding to try his luck from a tight angle rather than cut the ball back for a wide open Philippe Coutinho perfectly describes how this one ended scoreless — there were chances, we just failed to take them.

And, so did the visitors; Hal Robson-Kanu’s curling effort smacked off the bar on the half-hour mark and Claudio Yacob’s header was expertly saved by stand-in ‘keeper Loris Karius during a frantic start to the second half, but the lack of endeavor shown by West Broms was telling. That the Reds should have won it when Dominic Solanke — on as a late substitute as Klopp threw the kitchen sink and a whole drawer of utensils at their visitors — smacked a deflected cross past Ben Foster only to have it ruled out for a dubious hand-ball claim.

The less said about that bit the better. That we’ve now dropped points twice on the hop on the back of poor refereeing decisions is one thing and the very real fact that neither should have even mattered is another. It’s time to get back to winning ways…