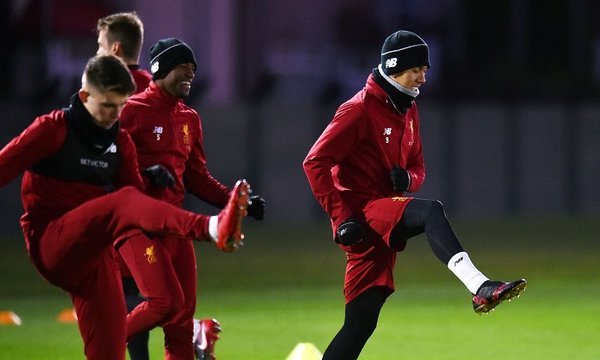 Having bagged a surprise win in this fixture last year, AFC Bournemouth won’t be afraid to come at Liverpool when the Reds visit the Vitality Stadium on Sunday as the Cherries look to snap a five match winless streak and climb out of the Premier League basement.

Coming off a pair of disappointing draws where their opposition was all too happy to sit back and play for a point, this will be the kind of match that will suit Jurgen Klopp’s side to a tee. With seven goals split between the pair, the potential for another high scoring affair will have punters and casual players alike searching out the best BETCODE to have a flutter on the action.

Grabbing only two points where they deserved six, Liverpool dropped out of the top four going in to the all important run of festive fixtures. December is no time to slow down; the glut of games just over the horizon means that someone is almost certainly going to slip up somewhere and if we want to stake a claim for Champions League football next season, we’re going to have to get back to winning ways on the South Coast.

Rotation remains the name of the game for the Reds, but they’ll have to make more than one enforced change when they run out against Bournemouth. Suspended at set to sit out on Sunday, the substantial hole left by Emre Can will need to be filled and Klopp could very well call on Adam Lallana — who is back in contention for a spot in the squad — for only the second time this season with the English midfielder rejoining full training after a long injury lay-off.

Simon Mignolet, who was only fit enough for a spot on the bench in the draw with West Bromwich Albion, will be back between the sticks after shaking off an ankle knock he picked up against Everton, but the Reds will be forced to make late calls on the likes of Joe Gomez, Andy Robertson and Daniel Sturridge as they work through their various ailments. While it’s not guaranteed that the so called “Fab Four” will all start together, even though they came up empty handed last time out, Brazilian duo Roberto Firmino and Philippe Coutinho as well as Sadio Mane and Mohamed Salah all came through last week unscathed and will be available this weekend.

“I’m not sure if this is the only place where we think now we are back in the dark days or whatever – it’s just one game,” explained Klopp, reflecting on the scoreless draw with the Baggies. “Why should I be overly concerned from this point of view that we will now play always like we did against West Brom. That would be exactly the same mistake as thinking now we always play like we did against Spartak Moscow,” stressed the German manager. “It’s really hard work and the boys were ready again for hard work and West Brom did well, to be honest.”

It’s not often easy work at the Vitality Stadium and Bournemouth boss Eddie Howe will do everything he can to keep that trend going. Just as their visitors will be looking to use Sunday’s showdown as a springboard for better things, the hosts will be doing the same. Hovering in and around the lower echelons of the table and without a Premier League win since squeaking past hapless Newcastle United at the start of November, Howe needs something to spark his team back to life — and a win over the Reds could do just that.

Sunday comes a bit too soon for defender Tyrone Mings, goalkeeper Adam Federici and former Liverpool midfielder Brad Smith as they miss out through injury, but having scored three times in his last three meetings with the Merseysiders, Jermain Defoe will be ready to roll and expected to start. Ryan Fraser, who scored in the draw with Southampton last weekend, will also be available and looking to make his mark after a lengthy spell on the sidelines.

Keeping the Reds at bay is never an easy task, but looking at their past two matches, it’s certainly not impossible. If there’s one thing that Howe’s side is good at, it’s staying tight at the back and picking their spots for the counter-attack and if there’s one thing that Liverpool are susceptible to, it’s that. Well…that and set-pieces. And, the odd blunder from Mignolet…or Dejan Lovren…or Jordan Henderson.

Ok, enough of that. Three-points, please.