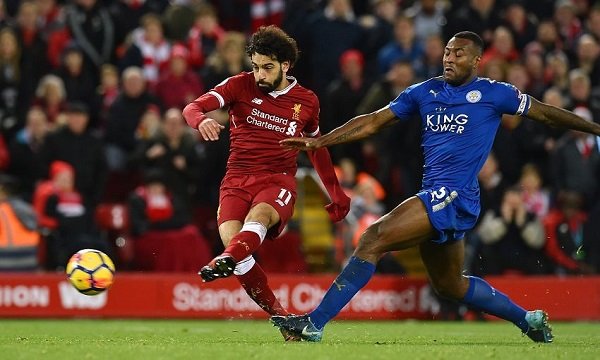 Used to striking first and striking early, it was a combination of resilience and inventiveness that saw Liverpool come from behind to close out 2017 with a deserved win over Leicester City at Anfield.

Behind with only three minutes on the clock courtesy of a well worked Jamie Vardy goal, the Reds immediately took proceedings by the scruff of the neck, but were frustrated time and again with the offside flag, poor finishing and the Foxes well drilled defense denying them a deserved equalizer.

Having failed to turn possession in to goals in the first half, they’d make no mistake in the second with Sadio Mane’s clever back-heel setting up Mohamed Salah for his first and James Milner’s uncharacteristic bit of skill allowing the Egyptian to turn Leicester defender Harry Maguire to sweep home the winner.

Had this ended differently it would have likely been Maguire or even the tireless Wilfred Ndidi that would have been named Man of the Match, but proving to be the difference once again, Salah wouldn’t be denied the plaudits as his double brought his Premier League tally to a mind bending 17-goals — and we’re only half-way through the season.

“When we were one goal down our reaction was the best I’ve ever seen in this situation. The crowd were unbelievable and we needed them today to score these two goals,” enthused Reds boss Jurgen Klopp. “Mo [Salah] was fantastic with his dribbling and his vision. I couldn’t ask more from him,” added the German manager, name checking the prolific winger. “Staying in the game is the real deal of football in this league – but I am happy for Mo, I am happy for the team, because this group is a fantastic group of players. It’s a good team performance and a well-deserved win.”

That was exactly the kind of win Liverpool needed — saying that might sound like a meaningless platitude or a cliché, but we’re not really a team that wins matches this like and we need to start being one. We usually score first, we usually score early and when we don’t and we fall behind, heads drop and the belief that powers any side with a win at all costs mentality disappears in a flash.

To put that bit of mumbo-jumbo in to perspective for you, that was the first time we’ve won this season when we’ve conceded first.

I’m not going to babble on about paradigm shifts or turning corners, but our heads didn’t drop today and the belief never escaped this side. Maybe that’s something we need to discuss further and maybe they just didn’t want to look like idiots with big Virgil van Dijk watching from the stands. Who knows and at this point with a tricky trip to Burnley on New Years day staring us in the face, who cares?

Three-points, pressure on United and in to 2018 in the top four — up the Reds!