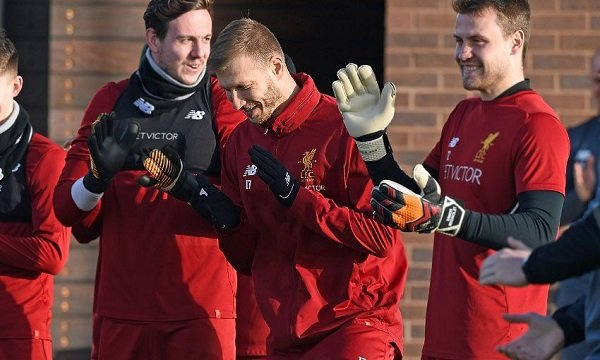 It’s a quick turnaround for Liverpool as they travel to Turf Moor for a showdown with over-achieving Burnley FC on New Years Day a mere 48-hours after they came from behind to beat Leicester City at Anfield on Saturday.

Jurgen Klopp’s side was left stunned last season as their hosts recorded a combative 2-0 victory over the Merseysiders despite hardly touching the ball. That kind of organization and commitment to their game is indicative of what Clarets boss Sean Dyche is building in Lancashire and while that might sound like nothing more than a some banal chatter they have the points to back it up.

Liverpool attacker Mohamed Salah proved to be the difference as the Reds fought back to beat the Foxes at the weekend, but the Egyptian was limping when he left the field and is likely to either be rested or start on the bench against Burnley. That could open a spot in the front three for Alex Oxlade-Chamberlain, but don’t be surprised is Klopp throws a curve ball and gives the nod to Dominic Solanke or Adam Lallana instead.

At this time of the season, changes to the starting eleven are inevitable and the German manager will have to make a few. Loris Karius, who ran out against the Foxes, will make way for Simon Mignolet as the Belgian returns between the sticks and one of either Joel Matip or Dejan Lovren will almost certainty rotate out of the back-line for Ragnar Klavan. He may not want to admit it, but the FA Cup Third Round meeting with Everton on Friday will be weighing on Klopp’s mind after these two bitter rivals ran out a stalemate at Anfield just a few weeks back.

“I don’t know exactly how many changes we will make but I would say for sure more than one,” explained the Reds boss. “They are really well organised. It’s quite difficult, as you could see in the last few games. Tottenham were 1-0 up early and changed the whole game, apparently there were spaces all over the pitch,” continued Klopp, switching the focus to Burnley. “Against other teams, like [Manchester] United, they were 2-0 up and then you have no space for anything and run against the wall. It will be quite interesting. We will be ready.”

Sitting in seventh place and a mere seven points off their visitors, Burnley have been the surprise package of the Premier League this season. Still outsiders to claim a European spot and even further outsiders to crash the top four, the Clarets have shown that being the proverbial tough nut to crack to get you more than just the “anti-football” tag.

With that being said, if they really want to push on, they’re going to have to start scoring. Coming off a goalless draw with Huddersfield Town at the weekend, they’re not looking particularly prolific in front of the net. The Reds, for their part, have scored 34-goals in their last 12-matches — that’s 16 more than Dyche has been able to muster from his side all season. Top scorer Chris Wood remains out and utility man Stephen Ward is unlikely to feature with a knee problem, but defender James Tarkowski will be back in the frame after serving his three-match suspension for violent conduct.

With Tottenham Hotspur lurking just a whisker behind us, the reality of the matter is that we can’t afford to take a dip — it’ll be a new year, but it’ll still be the same old race for the top four. No time to stumble, boys…