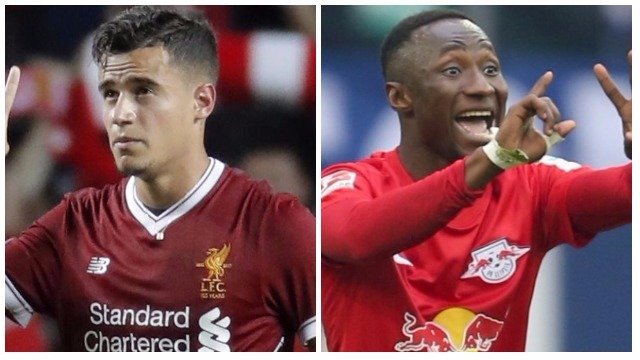 After a massive gaffe on the Nike website saw the sportswear giant advertise a Barcelona shirt with the name of Liverpool attacker Philippe Coutinho on it, the chatter surrounding the Brazilian’s proposed move to the Nou Camp has ratcheted up in a big, big way. Having missed out on the 25-year old during the summer, the Catalonians are expected to renew their interest now that the transfer window has reopened, but it remains unlikely that the diminutive midfielder will be going anywhere this January.

“I couldn’t be less interested in anything in the world,” said Liverpool boss Jurgen Klopp when asked about the online incident. “But somebody told me and I thought ‘wow’.

Although a number of websites are reporting that a deal has been agreed between the two sides, Liverpool ECHO journalist and well respected Anfield insider James Pearce is reporting that there’s been no fresh offer from the Barca hierarchy and if one does come in, they’d better make sure it’s one that’ll be too good to turn down. The club may be making no assurances that Coutinho will be here come February, but they’re not looking to part ways with him either.

While that story is sure to gain fresh legs over and over again, the one you might have heard where RB Leipzig midfielder Nabu Keita joins Liverpool early is almost certainly dead. The Guinea international — who has already agreed to a move to Merseyside this summer — will remain with the Bundesliga side for the remainder of the season as the Saxony side look to not only secure Champions League football for next season, but make a run at winning the Europa League when they square up with Italian side Napoli next month in the Round of 32.

“Neither Naby nor his advisor have expressed a desire to leave the club in the winter,” Leipzig CEO Oliver Mintzlaff told Bild. “There are contracts. And they say his employment starts in Liverpool on July 1st,” continued the German. “For 2018 I expect all of us to set the next level – again with maximum mentality, commitment and character. That has made us strong so far. And we need that for a successful second half,” added Red Bull’s Global Head of Soccer. “We have big plans and want to qualify once again for the international business and, best of all, the Champions League again.”

One thought on “No Fresh Coutinho Offers, Keita Won’t Join Liverpool in January”