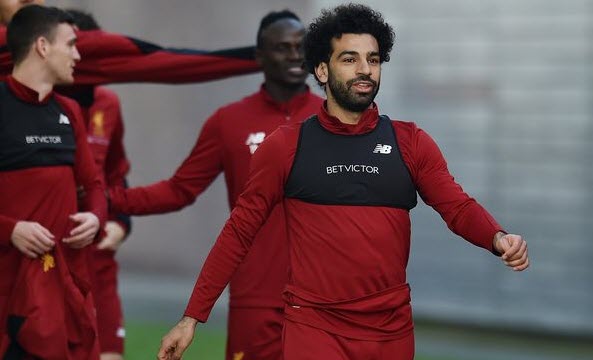 Having traded Merseyside for Catalonia at the first possible opportunity, Liverpool will start the post Philippe Coutinho era with a tricky test as unbeaten league leaders Manchester City visit Anfield on Sunday.

Pep Guardiola’s side have won a remarkable 20-matches and drawn only a pair on their march towards the Spaniard’s first Premier League crown, but they’re coming up against a Reds team that are unbeaten in their last 17-fixtures on the hop. That’s an impressive run, but when you check out the odds at 32 Red Sport, the Citizens are still being tipped to take full points at the weekend.

If there’s one team that can match City going forward it’s Liverpool and though the loss of Coutinho could upset the flow, Reds boss Jurgen Klopp has been handed a big boost with Mohamed Salah returning to full training this week. The Egyptian, who is behind only Tottenham man Harry Kane in the race for the Golden Boot, missed their last two matches with a slight knock, but he’s winning the race to be fit for Sunday and he’ll be the one to watch in this star studded showdown.

“There’s no reason why we should fear them but we should respect them,” said former Liverpool midfield man Jason McAteer, speaking to the club’s official website. “They’re so good going forward. You’ve got to be [wary] of the attacking prowess that they’ve got but there are areas of weakness,” continued the Irishman, a man who knows a thing or two about winning games. “If you can get in between the lines and at the two centre-halves, which I feel we can, then there are chances and goals there.”

A little break does a body good and while the Reds are coming off a quick spell of warm weather training in Dubai, City looked vulnerable as they narrowly edged past Championship side Bristol Rovers in the first leg of their League Cup semi-final with the Championship outfit. Liverpool will be looking for some measure of revenge after being thumped at the Etihad Stadium earlier in the season, but in the race for a spot in the top four, they’ll be happy if they can get anything out of the match at all — and if they do inflict a first defeat of the season on Guardiola’s heirs to the “Invincibles” crown, there’s a good chance Salah will have had something to do with it.