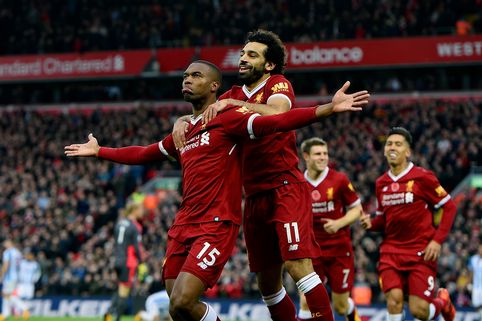 Look, how about we put the Swansea game behind us? Prior to our recent loss away from home, we were on the second best run in the Premier League this season.

West Brom travel to Anfield this weekend, a place where nobody wants to come this season. Odds are that we’ll see a vastly different side to the one that lost to the Swans – I’m expecting Jurgen Klopp to rest many of his first-team players and he’s pretty much confirmed as much by selecting Simon Mignolet ahead of Loris Karius.

The Baggies will be hoping to prevail over Liverpool in the FA Cup, having not won the trophy since 1968 – which also happens to be their most-recent major honour.

Liverpool have a few injuries going into the weekend; James Milner, Adam Lallana and Ragnar Klavan are all definitely not going to make a return to the squad but Dejan Lovren, Daniel Sturridge and Jordan Henderson are expected to, at least, have a late fitness test.

Klopp has gone as far as to suggest Sturridge may feature in the game.

West Brom have their fair share of injuries worries, too – they’ve not got any of Sam Field, Nacer Chadli and James Morrison. Ahmed Hegazi, James McClean, Gareth McAuley, Ben Foster and Jay Rodriguez also face late fitness tests to see if they’ll be available for selection.

If the game is going Liverpool’s way, I’d expect to see Danny Ings be introduced at some point – Klopp has been flirting with the idea of using Ings in the first team, after spending time with the Unders.

As you can see, West Brom don’t tend to see many goals in their games…which is a concern for Liverpool; when a team is overly defensive, we have struggled against teams that set up like that.

Liverpool, however, have a habit of grabbing a couple of goals in each game that they play. The Reds are likely to take this competition seriously, with Klopp still chasing his first piece of silverware in England.

When the referee blows the final whistle, I predict that the score-line will be Liverpool 2-1 West Brom.

It’s a difficult game for Liverpool, like facing off against Everton (or Man United) as our opposition this weekend will set up for a draw or, perhaps, an opportunity to steal the game late on.